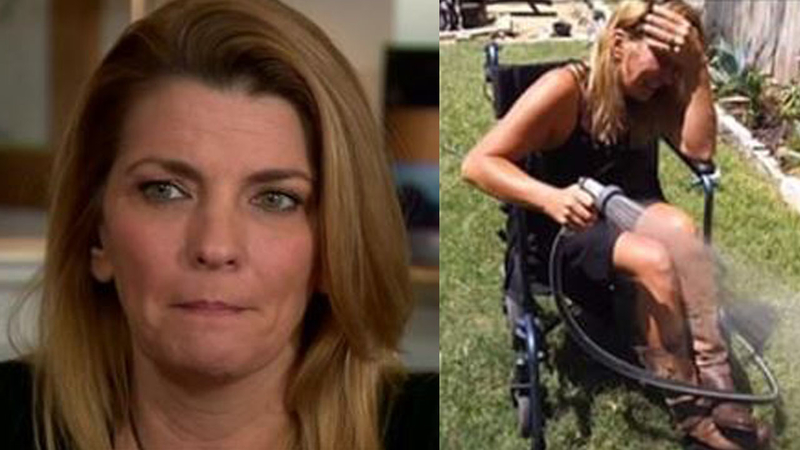 AUSTIN, Texas -- The story and perseverance of a former WTVD anchor have politicians looking to change laws regarding implanted medical devices.

Frances Scott worked at ABC11 from the late 1990s into the early 2010s. She was an active woman in her 30s with a husband and three children.

Then hip pain began to take over.

Doctors told her she was born without hip sockets; they recommended a double hip replacement.

"So it's like if you have bad alignment on your car and you drive a long way -- you're going to wear out the tires faster," Scott told KVUE in Texas. "And I had been a runner, an athlete, very active. I'm not a sit still kind of person. So I had put high miles on my hips."

Her surgeon suggested a state-of-the-art metal-on-metal hip joint made by Johnson and Johnson Depuy.

While the surgery was significant, her doctors told her she would be back on her feet in a few months.

"I just never got out of pain," Scott said.

She said she had oozing boils all over her face, hearing loss, memory loss, and more.

She started doing research on what could be the problem, but in the United States, there is no medical device registry.

She did find research out of England that showed patients with metal-on-metal implants suffering from metal poisoning.

"I kept wondering, but everyone I saw kept saying, 'No. The (Pinnacle with Ultamet liner) is great. It's a great hip. Nobody else is having problems. Your X-rays look good,'" Scott said. "They kept saying, 'I don't know why you keep coming back because we can't help you.' Then they stopped taking my appointments and I knew I was on my own."

Scott and her family sold their North Carolina home and moved to Texas.

"It's a tragedy," attorney Mike Lanier said. Lanier does not represent Scott but he has represented other people in cases of metal hip replacements.

"The makers of this had full warning from their development team that this was not a product that was safe to put into people," Lanier said.

According to extensive research from KVUE, the FDA has very different processes in place for approving medical devices and drugs. Drugs have to undergo human trials before being approved, most medical devices do not.

Click here for a breakdown of how the FDA vets medical devices.

"I never even thought that something could be implanted in me that had never been tested in a human being," Scott said.

"I think a lot of people assume the FDA tests devices," Lanier said. "And when they find out the FDA does not -- that the medical device industry, by and large -- is a self-policing industry that exists to make profit, then they begin to understand there are issues."

The hip replacement Scott received was pulled off the market two years after her surgery. Johnson and Johnson Depuy agreed in January to pay $120 million to resolve general claims of deceptive marketing of the metal-on-metal implants.

Seven years after her first surgery, Scott found a doctor willing to remove her metal hips.

"I would say about 80 percent of the symptoms that were really troubling me went away within weeks," Scott said.

Still, she's not out of the woods. Her pain persists, and she's often forced to sit by the time afternoon rolls around.

She said she'll never get back the time she has lost with her family. She now pushes to make sure this does not happen to anyone else.

"I want this fixed," Scott said. "I want the laws changed. I want this changed so that this can't happen to other people."

Texas Congressman Lloyd Doggett said he's willing to fight for Scott and other patients like her.

"We need legislation and we need to demand accountability," Doggett said.