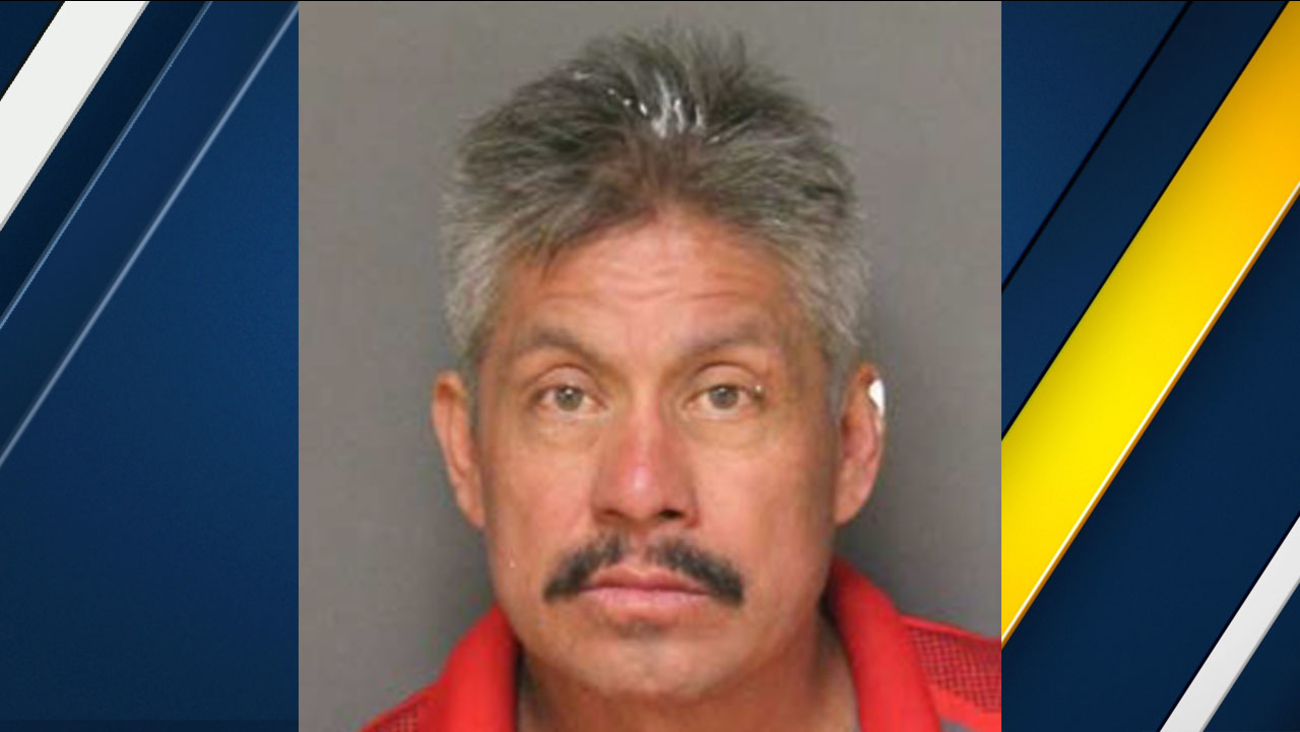 Maximino Delgado, 52, of Anaheim, is shown in a mugshot. (Fullerton Police Department)

FULLERTON, California -- A 6-year-old girl died after being struck by a suspected drunk driver while she played on the sidewalk in Fullerton, California on Saturday afternoon.

Authorities said they received reports of a child being hit by a car around 2:14 p.m. in the 1400 block of Lombard Street.

When officers arrived, they found the little girl lying on the street and suffering from life-threatening injuries.

The girl was taken to a nearby trauma center but died of her injuries shortly upon arrival.

Investigators determined that the driver, 52-year-old Maximino Delgado, of Anaheim, was traveling eastbound on Gage Avenue in a 1990 Toyota 4Runner when he lost control of the vehicle while trying to turn onto Lombard Street.

As he was turning and lost control, he slammed into the little girl who was playing on the sidewalk. He continued driving on the sidewalk after hitting her, then got back on the road, hit a parked car and his vehicle came to a stop.

Delgado remained at the scene and complied with authorities. During that investigation, they determined that he was driving a vehicle while under the influence of alcohol. When tested, his BAC level was 0.23 percent.

He was arrested on suspicion of felony DUI and vehicular manslaughter, as well as driving on a suspended license. He was booked into Fullerton City Jail in lieu of $2 million bail.

Delgado was charged with second-degree murder on February 21.

He faces 15 years to life in prison.

Because of his prior DUI conviction, Delgado was charged with murder rather than vehicular manslaughter.