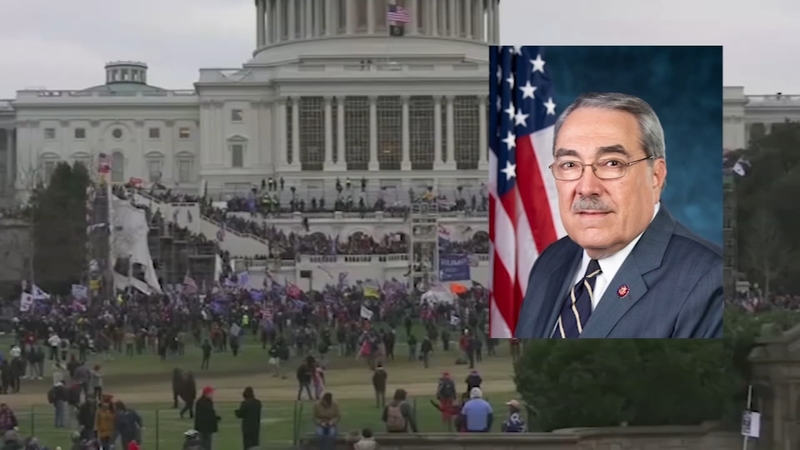 Rep. G.K. Butterfield says a vote to impeach Trump will come this week

DURHAM, N.C. (WTVD) -- More than 200 House Democrats will file articles of impeachment on Monday -- one of them being Congressman G.K. Butterfield who represents the 1st district of the state.

Butterfield tells ABC11 during the hours-long deadly riot, he and staff were forced to lock themselves in their congressional office in the Rayburn Building, across the street from the Capitol.

He called Wednesday's attack on the Capitol "anti-Democrat, anti-establishment and anti-diversity." Butterfield referenced the image of one of the rioters proudly waving the Confederate Battle Flag inside the Capitol, something he says has never been done before.


On Monday, the House will formally file the impeachment charge of insurrection against President Donald Trump.

"I believe Tuesday or Wednesday we will be voting on articles of impeachment. I'm sure Donald Trump and his attorney will push back against and call it some type of political maneuver," said Butterfield. "But anyone who has watched the events over the last few days-every American knows that Donald Trump, Rudy Giuliani and members of the Trump family incited this riot, encouraged these individuals to go to the Capitol and cause civil disobedience, resulting in death."

Congressman Butterfield says lawmakers will investigate what happened, who knew what and make sure those responsible are punished, including members of Congress.

According to an ABC News/Ipsos poll released Sunday, 56% of Americans think the sitting commander-in-chief should be removed from office before the official transfer of power in less than two weeks, while 43% say he should not.

RELATED: POLL: Majority of Americans say Trump should be removed from office after Capitol riots

ABC11 has reached out to Sen. Thom Tillis for comment regarding the articles of impeachment to be presented, however, he has not released a comment at this time.

As Wednesday's chaos unfolded, Butterfield along with several other North Carolina Democrats called upon Congress to invoke the 25th Amendment to remove Trump from office.