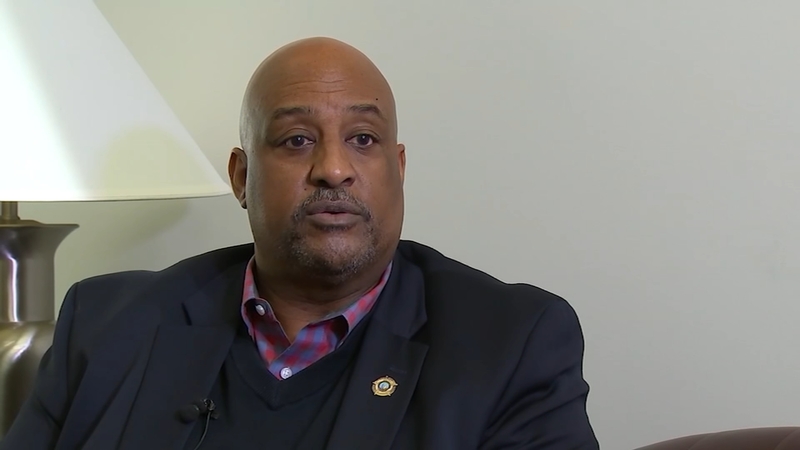 Durham County Sheriff Clarence F. Birkhead said Friday in a letter to media that as Sheriff, he "will not tolerate the disregard for humankind."

Minneapolis has been beset by civil unrest and looting-filled protest since the release of the nine-minute video that shows Floyd, a black man, begging for air as a white police officer uses his knee to put pressure on Floyd's neck.

The case has sparked nationwide outrage, raising new complaints about bias in police work and mistrust between law enforcement and minority communities.

"In New York, false accusations. In Georgia, vigilantes. In Minnesota, excessive force. The African-American community is, yet again, crying out for justice, equality, reform, and answers," Birkhead wrote. "As your Sheriff, I hear your voices. As a law enforcement leader, I am embarrassed, and outraged, at the behavior of a few officers who fail to demonstrate the professionalism and humanity required to protect and serve our diverse communities. No matter how hard I try, I simply cannot understand how these incidents continue to occur and those officers responsible seemingly go unpunished."

"The incident occurring this week in Minneapolis is very disheartening and a concern to the law enforcement profession as a whole," Raleigh police chief Cassandra Deck-Brown said in a statement on Friday. "While the vast majority of law enforcement officers serve with the highest degree of fairness, compassion and integrity, the actions of a few officers can create a ripple effect that has the potential to negatively impact us all."

She continued: "Officers are expected to uphold the professional standards that require adhering to proper training, protocols and procedures, not only here in Raleigh, but across the country. To act in any way that is contrary to upholding professional standards is unacceptable behavior that cannot and should not be rationalized, excused or overlooked.

We call on law enforcement professionals everywhere to hold every human life of equal value; to demonstrate compassion; to strive to be instruments of positive change; to be deliberate in building better communities for all; and to be unrelenting in the important work of fostering trust and transparency."

"What I saw should be resulting in a criminal investigation. I saw what appeared to be a man going from life to death. It was hurtful, angry, lot of emotions when I watched it."

"I was incensed. Then, I was hurt," Davis said. "And to tell you the truth I have not watched the entire video. I could not watch the entire video. My spirit just didn't allow me to witness that type of treatment to a human being."

In a similar fashion, Birkhead said, "I am committed to ensuring fair and impartial treatment of all residents of Durham County regardless of their ethnicity, race, sexual orientation, religion, age, or socioeconomic class. When we encounter lawbreakers in our community, they are to be treated with dignity and respect. I am committed to making sure the men and women of the Durham County Sheriff's Office understand that wearing the uniform is a privilege and an honor that is incumbent upon the existence of public approval."

Wednesday on Good Morning America, Floyd's sister, who lives in Raeford, said firing the officers was not enough -- that they should be charged with murder.

"They killed him," Bridget Floyd said.

Derek Chauvin was charged with third-degree murder and manslaughter in the death of George Floyd.

For Birkhead, it all simply means the criminal justice system has much work to do.

"Thirty-five years ago, I was called into law enforcement to help diversify a profession that had few people of color, like me, in its ranks," he wrote. "I believed then, as I do now, that the key to having a criminal justice system that is fair and just for all persons is achieved from within. But as I see and hear more about George Floyd, Sandra Bland, Eric Garner, Philando Castile, and others, the realization that we have much more work to do becomes tragically apparent. I find the acts and omissions by these police officers to be incomprehensible and indefensible. All of us, including those accused or convicted of a crime, deserve humane treatment.

"Transparency, Engagement, and Accountability (T.E.A.) are my guiding principles as Sheriff. I am committed to criminal justice reform and welcome dialogue with the community about the strengths and weaknesses of the judicial system, including law enforcement. Together we can strive for, and achieve, law enforcement which provides enforcement without fear, just consequences, and a safer community.

"As we all continue to monitor the investigation of the officers' actions in Minneapolis, let us be resolved to fight for justice for all here in Durham. Let us commit to stand up or kneel down when injustices are identified. And, let us all commit to being the change we desire in our community.

"I extend my sincere condolences to the family of George Floyd."

"I have received correspondence from several members of our community expressing concern, anger, fear, and sadness," Dezomits wrote. "I too share in your emotions and sentiments regarding the heartbreaking and senseless death of Mr. Floyd. The actions of the officers in Minneapolis were deeply disturbing, inexcusable, and were void of basic human compassion. As a result, this incident has evoked strong emotions across all communities in this country and threatens to degrade the trust and positive partnerships many police departments have worked tirelessly to foster within our communities.

"As you have seen in the media, many law enforcement leaders and professional organizations across our country have denounced the actions of these officers and strive to lead professional police organizations that treat their community with nothing less than dignity, respect, compassion, transparency, and professionalism each and every day," Dezomits added. "The Cary Police Department is firmly seated among those committed to those tenets and committed to ensuring that we hire, train, and retain only the very best police officers. Please feel reassured that we are dedicated to the mission of serving you, our community, in the most professional way."
Report a correction or typo
Related topics:
durhamdurham countypolice chiefdurham policerace relationsgeorge floydsheriffdurham county news
Copyright © 2021 WTVD-TV. All Rights Reserved.
TOP STORIES
Knightdale officer killed in line of duty to be laid to rest Friday
Alec Baldwin fired shot on movie set that killed woman: Sheriff
Dirty underwear, camera inside: Garner family recalls Airbnb nightmare
Pfizer says COVID-19 vaccine more than 90% effective in kids
SPONSORED: Big Weather's Big Recipe: TikTok Potato Soup
1 killed in Carrboro double shooting; suspect in custody
Show More
Raleigh homeowners call for help paying rising property taxes
Boosters of all 3 COVID vaccines endorsed by CDC, mix and match fine
Remains found in Florida park ID'd as Brian Laundrie, FBI says
Man admits to throwing wife's body out of plane after killing her
UNC women's soccer dedicates game to mental health awareness
More TOP STORIES News