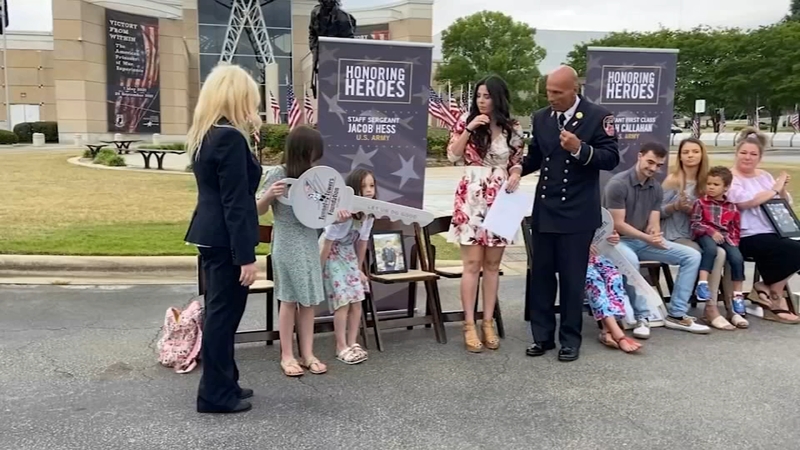 FAYETTEVILLE, N.C. (WTVD) -- Five Fayetteville families deal with the loss of their loved ones everyday. But on Tuesday, they had one less worry.

"My husband was the best husband in the world, of course. But also a great father. A good soldier," said Jessica Hess, Gold Star wife.

"It was two days before he was killed and he said, 'I'm going out on a long mission. I won't be able to talk to you for a while. I love you more than anything in this world.' I had no idea that was going to be the last thing he ever said to me," said Hess.

"Where he was was home to me. So without him, the house just really felt like a house, like an empty shelf," said Hess.

But on Tuesday came a huge relief and a chance to make their house a home. It was a gift from the Tunnel to Tower Foundation - paying off her mortgage, along with four other Gold Star families.

"It is because of Tunnel to Towers and everyone that has garnered support for this foundation that I can happily say that the stress of providing a safe place to put my children to sleep each night has completely vanished," said Hess.

US veterans to get free access to national parks, wildlife refuges and other public lands for life

If you would like to support the Tunnel to Towers Foundation, there will be a run in Wake Forest in October.