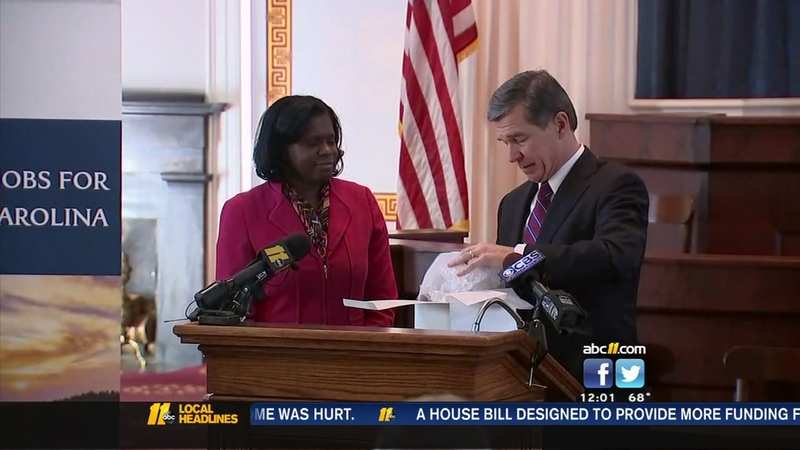 "That'll include machine operators, distribution staff, maintenance personnel and other workers," Governor Cooper said. "North Carolina is proud to be involved in this exciting project."

Corning Inc. and its subsidiary, Corning Optical Communications, will expand in Catawba and Cabarrus Counties.

"Corning's expansions are a testament of our long-standing partnership with North Carolina," said Corning Plant Manager Veronica McRae. "We have now more than 3,000 employees across five locations."

The Economic Investment Committee approved grants of nearly 5 million dollars to Corning during a meeting at the N.C. Commerce executive board room attended by ABC11 Monday morning.

The grants are set to start in 2018 and span 12 years. Corning has to show proof its retaining a certain number of jobs annually.

The Governor often says companies will bring up House Bill 2 when deciding whether to expand in NC. The Governor declined to say if HB2 was brought up during discussions. But the Governor did say:

"It's a new day in our state with this new Governor being elected, with my opposition to House Bill 2," Governor Cooper said. "I think businesses understand that the days are numbered for House Bill 2, and that we're going to work hard to make sure we repeal it."

In a statement, Corning said it "expressed its concern with the passage and signing into law of HB2 in 2016. We are hopeful that our example of inclusive engagement inspires others to stay engaged on this issue to ensure a better outcome for North Carolina and its citizens."