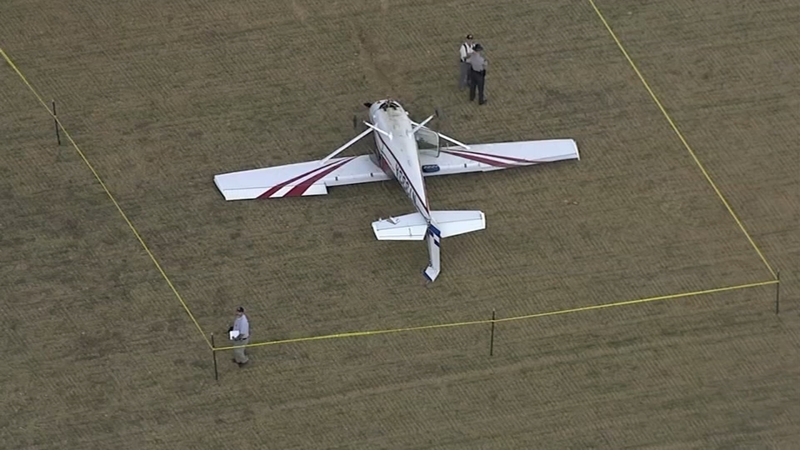 OXFORD, N.C. -- Crews are investigating after a pilot landed a plane upside down in a Granville County field.

According to the Granville County Sheriff's Office, the pilot put his small plane down in a field near 4608 Old NC 75 near Shock Overton Road.

That's near Triple Creek Farm in Oxford. The plane flew out of RDU.

Everyone made it out of the aircraft safely, authorities told ABC11.