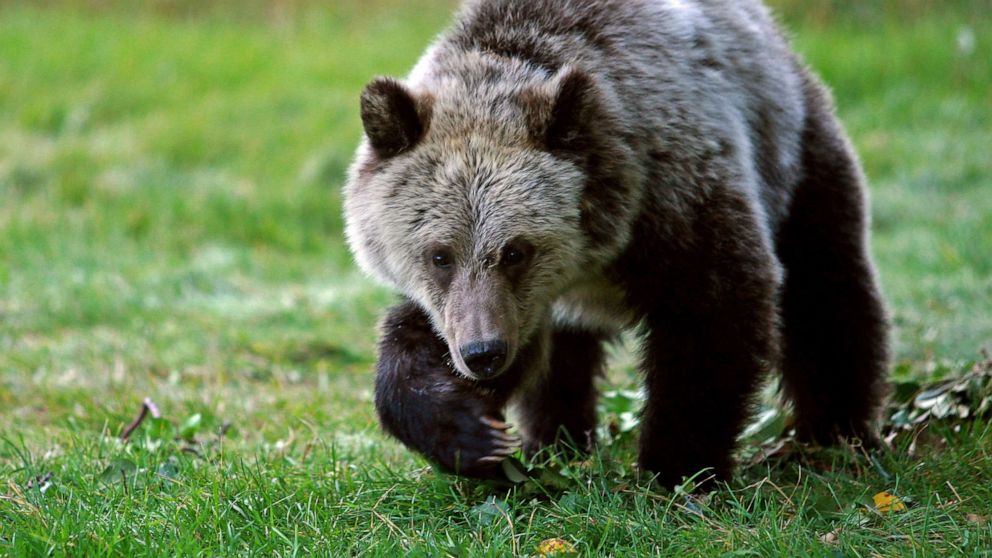 Wildlife officials in Montana are trying to determine whether the same grizzly bear is responsible for attacking three different people in two separate incidents.

The first attack occurred south of Cottonwood Creek at the Beaverhead-Deerlodge National Forest in Dillon around 7:30 a.m., when the bear charged at two adult hunters, according to the Montana Department of Fish, Wildlife and Parks. Both men were injured but were able to drive the bear away and seek medical treatment at a hospital nearby.

The second attack on Monday happened around 6:30 p.m. in the same area, when two hunters were heading north toward Cottonwood Creek, wildlife officials said. One of the hunters was injured before they were able to drive the bear away and get medical attention.

The victims' injuries ranged from moderate to severe, according to the department.

While both attacks involved a single bear, it's unclear whether the same bear is responsible, officials said. Additional details of the attacks were not immediately available.

The department has asked hunters to leave the area and closed Cottonwood Road.