Gun stores present a target for looters in hurricanes 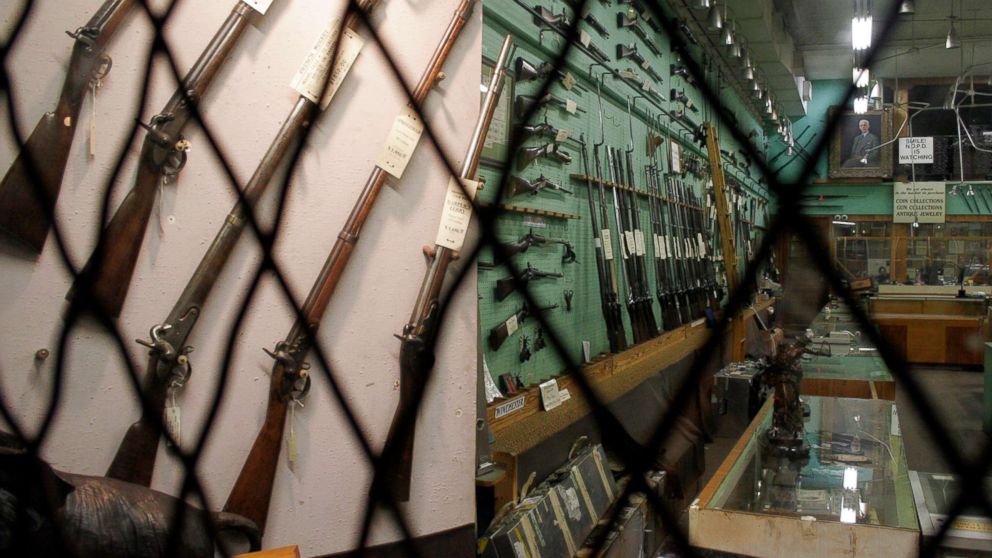 As Hurricane Florence clobbers the Carolinas, millions of residents have evacuated, leaving thousands of homes and businesses empty, including an especially attractive target for looters: gun stores.

The Carolinas are home to more than 3,300 federally licensed firearms dealers, but with law enforcement stretched thin during the storm and its aftermath, criminals can take advantage.

The Bureau of Alcohol, Tobacco, Firearms and Explosives (ATF) has recommended that gun dealers take measures to safeguard their businesses by securing or moving their inventories of guns to keep them from falling into the wrong hands.

"During hurricanes and similar natural disasters, ATF regularly communicates with the Federal Firearms Licensees (FFLs) in the affected areas to ensure they are employing best safety practices available to secure their inventory and records during the storm," ATF spokesman Christopher Elolf told ABC News.

During Hurricane Katrina in 2005, there were 35 reports of gun store burglaries with 1,012 guns stolen, according to ATF.

In the aftermath of Hurricane Ike in 2008. there were just six reports of burglaries with 158 guns stolen.

Last year, before Hurricane Harvey, ATF issued an alert to gun shops before the storm, encouraging dealers to secure their inventories before the storm and to offer help to any stores that needed it.

As Hurricane Harvey flooded most of Houston, there were reports of five gun store burglaries, with 109 guns stolen.

The owners of Cash America Pawn watched remotely on their surveillance system as burglars looted their gun shop.

Harvey's floodwaters prevented authorities from getting to the store before the crooks made off with 84 rifles, shotguns and handguns.

The threat of stolen guns is magnified by the danger they pose when they are sold on the black market.

"These crimes result in double harm - not only are the FFLs victimized (at times assaulted or killed in the course of a robbery), the stolen firearms fuel the illicit market, too often ending up in the hands of violent criminals who wreak havoc in our communities and pose an immediate threat to our partners on patrol who confront them," ATF Acting Directory Thomas Brandon said in testimony before Congress.