Doctor wants to lower MRI prices for patients; is suing to do so 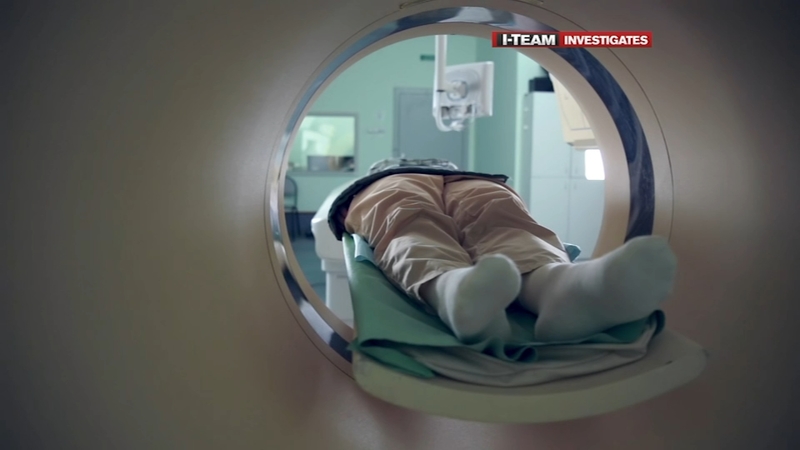 WINSTON-SALEM, N.C. (WTVD) -- A critical hearing this month in Wake County Superior Court could be a first step in dramatically changing how doctors and hospitals operate in the open market.

Dr. Gajendra Singh, a general surgeon in Winston-Salem, is suing the State of North Carolina because of its law on Certificates of Need (CON),the process through which state regulators approve granting a license to provide certain medical services.

According to the NC Department of Health and Human Services' website, the CON law "restricts unnecessary increases in health care costs and limits unnecessary health services and facilities based on geographic, demographic and economic considerations."

Singh's issue emanates from his desire to purchase a new MRI machine for his practice and lower prices for patients by adding competition to the other provider of an MRI. Singh, though, cannot legally do that without a CON, and the state thus far has not determined there is sufficient need for a new MRI machine in Singh's area.

"We're trying to make health care really affordable where a patient can come and not worry about it," Dr. Singh told ABC11. "I've been on the other side of the fence where I didn't have enough money. I grew up poor. I understand, and I feel how much it costs."

In a lawsuit filed in July 2018, Singh's attorneys label the law "arbitrary, irrational, and protectionist legislation" because it infringes on his right "to participate in the health-care market."

"No one's going to tell you that you can't open up a new pizza shop because the other businesses won't be able to make money and they're going to shut down," Singh said. "We have an open free market for almost everything."

The concept of the open market, however, is where this case may be emblematic of the overall debate on health care in America: is medicine part of the capitalist system or should there be some government regulation to maintain an even playing field?

CON laws date back to the 1970s when Congress enacted federal legislation, but lawmakers later repealed the law and granted states the autonomy to impose CONs or not.

A hearing on the state's Motion to Dismiss the lawsuit will be held this month at Wake County Superior Court.

Cody Hand, Vice President of the North Carolina Healthcare Association, says he understands Singh's issue but maintains that patients can't afford to have medicine be a totally free-market environment.

"The supermarket that opens up on the corner may or may not make a go of it in the next few years. We don't have a luxury in health care of trying to new things," Hand told ABC11. "We have patients that depend on us being there every day and all day. Competition is a good thing except when one of the competitors is free from the onus of being required to service everyone who walks through the door."

According to Hand, states that have repealed CON laws have had other consequences, including doctors over-prescribing services because they're being forced to maintain a bottom line. He said CONs also enable the state to apply high standards for care.

"Our fear is that removing that barrier, the CON, for entry, that out of state interest will come in without a focus on quality and instead a focus on profit," he said.

Still, Hand says there is room for improvement in CON laws, such as time limits on construction and added protections to ensure access.

"People shouldn't be able to get CONs just to get them off the market. They should have to build within a certain amount of time or lose the CON and go back to competitive build process," he said.

Any of those changes would have to be done through legislation, thereby requiring a bipartisan majority at the General Assembly.

For Dr. Singh, compromise legislation still wouldn't address his underlying issue: CON laws should be illegal to begin with.