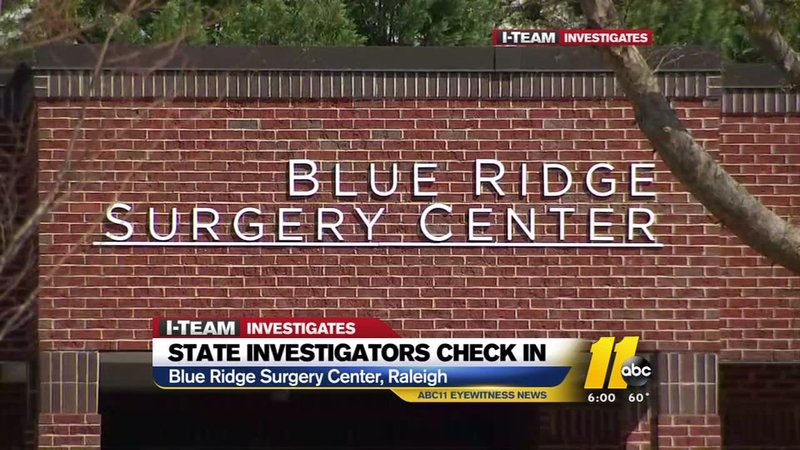 RALEIGH, NC (WTVD) -- The Centers for Medicare and Medicaid Services is threatening to terminate its contract with a Raleigh surgery center after a second inspection in three months.

Federal documents obtained by the ABC11 I-Team detail a three-day visit to Blue Ridge Surgery Center conducted by the North Carolina Department of Health and Human Services on behalf of the Centers for Medicare and Medicaid (CMS), which first opened in investigation on January 30. In a letter dated March 23, 2018, officials tell Blue Ridge's administrators the center "remains out of compliance" with conditions for coverage.

Attached to the letter is a 19-page report filed by the surveying team, detailing three specific areas needing improvement: lax oversight by its managers, issues with pre- and post-surgery paperwork, and a lack of accountability when anything goes wrong.

"A follow-up visit will be conducted," officials promise, noting a May 16 deadline for when Medicare/Medicaid coverage could be terminated.

Larry Richardson, Director of Nursing at Surgery Care Associates, Blue Ridge's parent company, declined to answer any of the I-Team's questions but asserted in an emailed statement, "Blue Ridge Surgery Center's CMS license is active, which CMS can confirm. We have worked closely with CMS to ensure we have addressed all outstanding issues. All procedures and appointments are proceeding as scheduled. As always, our top priority is the health, care and safety of our patients."

The latest report from NCDHHS and CMS is not nearly as serious as the last one, which the I-Team first reported on March 15.

The phase of the investigation resulted in CMS designating "an immediate jeopardy to the safety of patients as evidenced by a systematic failure to ensure thorough, accurate pre-procedure verification processes" that opened the door for the wrong surgeries to be performed. That includes the lack of site marks or review of relevant labeling of materials.

In its assessment, health officials concluded that the following federal Conditions for Coverage were not met:

After the report was submitted on February 2, CMS gave Blue Ridge managers until March 10th to submit a plan of action to improve procedures and protocols in order to rescind the "Immediate Jeopardy" classification.

The CMS website shows a notice posted March 15 that in fact rescinds that original order, but the succeeding visit shows it wasn't enough to give Blue Ridge a clean bill of operational health.

Health officials tell ABC11 inspectors will conduct a third visit to Blue Ridge sometime in the next few weeks, and after that report CMS could make its final determination whether or not to terminate its contract.

According to its website, Blue Ridge Surgery Center first opened in 1985, and today houses six operating rooms and six procedure rooms. Also on the website, Blue Ridge posts that its physicians "perform over 9,000 cases a year, all with over a 96 percent patient satisfaction and less than a 0.002 percent infection rate - both outperforming national standards."
Report a correction or typo
Related topics:
health & fitnessraleighwake countyhealthsurgeryhealth carei teamwake county newsraleigh news
Copyright © 2021 WTVD-TV. All Rights Reserved.
I-TEAM 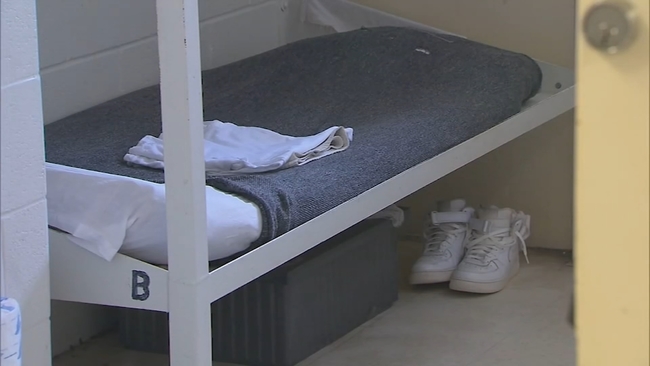