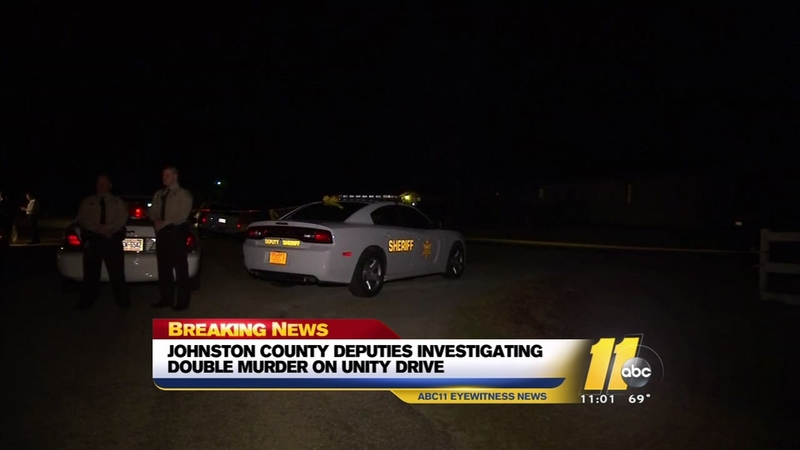 Deputies responded to a 911 call of an unresponsive person, and arrived at a southern Johnston County home Thursday to find a man and woman dead.

Investigators still going in & out of home here on Unity Dr. Waiting for update from Sheriff Bizzell #ABC11 pic.twitter.com/rsCrRskwzP

A toddler was also found in the home, and is safe.

A man and woman were found dead at a Johnston County home Thursday.

A man and woman were found dead at a Johnston County home Thursday.

Johnston County Sheriff Steve Bizzell said right now they are investigating the deaths as a double murder, but cautioned that the case is still in the early stages.

Bizzell said there is no threat to nearby residents.

All night long, friends and family have waited for answers. Authorities have not released the names of the victims, but loved ones who knew the man were in shock.

"He was a good boy, he would have helped anybody," said Tony Moore, a family friend. "He loved his mama and daddy; it just hurts."