Over 200K Razor hoverboards recalled due to fire risk 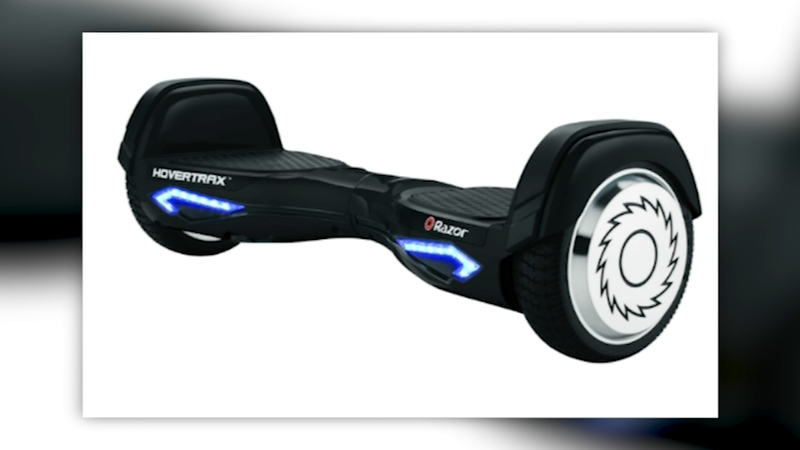 Over 200K hoverboards recalled due to fire risk

More than 200,000 hoverboards sold at several retailers in-store and online are being recalled because they can catch on fire.

The issue is with a removable battery pack in the Hovertrax 2.0 Hoverboards made by Razor USA.

The U.S. Consumer Product Safety Commission said it has reports of more than 20 hoverboards with lithium-ion battery packs overheating.

In some instances, there was smoke or fire.

Incredible video obtained by the ABC7 I-Team shows a hoverboard fire in north suburban Highland Park - a fire that did extensive damage to a home there.

The recall affects those hoverboards sold between September 2016 and August of 2017.

They were sold at Walmart, Target, Toys "R" Us and through online retailers.