Apex leads the way in the fight against human trafficking, hopes to inspire other NC cities 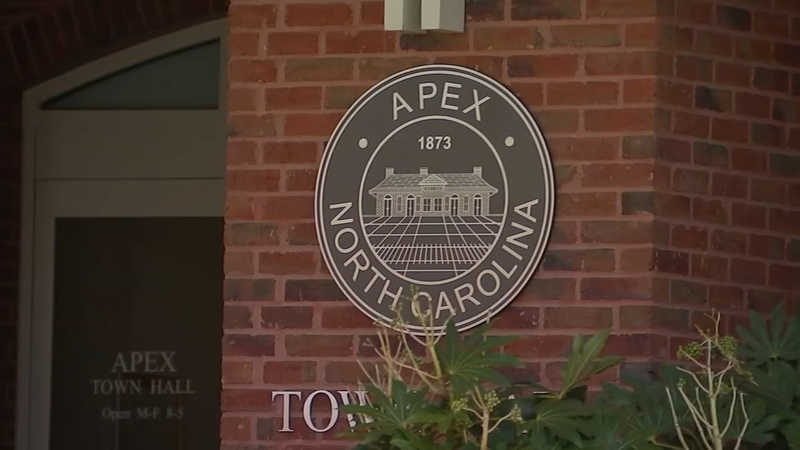 APEX, N.C. (WTVD) -- Since 2010, the city of Apex has added more than 20,000 new residents. As new homes continue to be built and more people move in, city leaders are trying to stop a crime you might not think happens there: human trafficking.

Rewind to 2016. Three people are charged after a raid at an Apex massage parlor. The women were trafficked into prostitution from China to the U.S. after answering advertisements to work in the States.

The 2016 raid happened about a year after newly elected Mayor Lance Olive took leadership of the city.

"What we found is coming down the interstate to Durham and then over to Apex and other Wake County towns is part of the their big-game gang plan," Mayor Olive said. "And when I say gang, I mean when they tracked them all the way back to New York, the FBI already knew about these folks. There were millions and millions of dollars flowing in and out of this group."

"Surprisingly to a lot of people, human trafficking is not something that you just see at the border or in Africa," Olive said.

Instead, the mayor said it happens in affluent areas -- where residents have money to spend - such as Wake County. Labor trafficking and in the case of the massage parlor, victims are sold for sex.

In 2019, the city of Apex passed a two-part resolution to prevent the crime.

First, businesses that are awarded labor contracts by the city must agree that they and their subcontractors will not use trafficked labor. Secondly, city employees now go through training to understand the meaning of human trafficking and how to spot it.

Apex hopes lessons learned can be implemented and turned into a template for other North Carolina cities to end human trafficking in the state. Working with the city is Shield North Carolina.

"We also know that Apex is one of the fastest growing municipalities in the state," said Nicole Bernard, founder of Shield North Carolina. "So before we have a big-city problem on our hands, we want to establish that human trafficking will not happen here."

Bernard said that according to SBI reports, more than 53,000 reports of ads -- sex for sale -- were made in Raleigh, Durham, and Apex since January of this year. Overall, statistics on human trafficking are limited.

"Human trafficking victims are sometimes trafficked by loved ones, maybe someone they consider a romantic partner. They don't want to rat out their romantic partner, their boyfriend. It could be they're being trafficked by a family member; that also presents just a lot of complication. There is a significant amount of fear," Bernard said. "There are invisible chains. So coming forward is very scary and for someone who doesn't have other options, it puts them at an even greater risk to tell the wrong person."

Bernard noted that service providers, such asWestern Wake Crisis Ministry, are often on the forefront of recognizing victims.