8 vehicles, including a tractor-trailer, involved in 3 separate wrecks that caused major delays on I-40 in Orange County 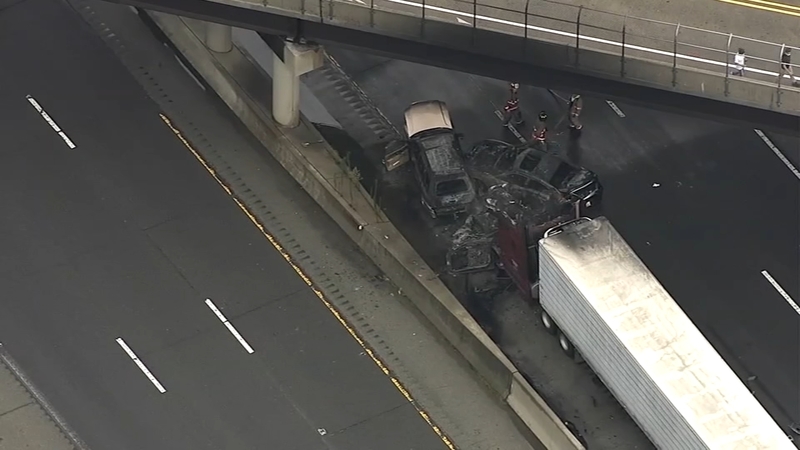 8 vehicles, including a tractor-trailer, involved in 3 separate wrecks that caused major delays in Orange County

For nearly five hours, the westbound lanes of the highway were closed. Two of the eastbound lanes were also blocked.

Durham police said three vehicles, including the tractor-trailer, caught fire but no one suffered major injuries.

What remains of a nasty crash here on I-40 between a tractor trailer and several other cars. Front part of truck is totally burned up. Hope everyone is okay. #abc11 pic.twitter.com/TgPlhpXHZj

I-40 westbound and several lanes of I-40 eastbound are closed as crews work to clear the scene.

Several people were taken to the hospital for treatment, but none of the injuries appeared to be life-threatening, according to the Durham Police Department.