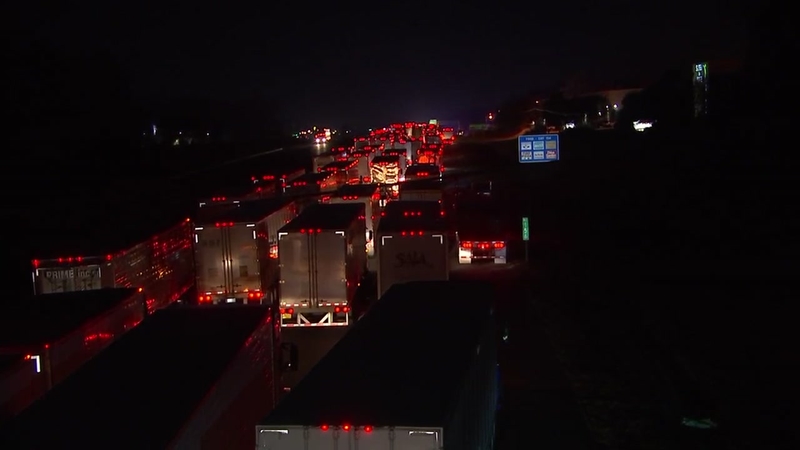 As mess as far as the eye can see...this is at 85south/40west. Drivers detour at Buckhorn exit. Details coming up on @ABC11_WTVD #abc11 pic.twitter.com/s9xqK6HEaN

One of the truck drivers was taken to Alamance Regional Medical Center with minor injuries.

Debris was strewn about, and one of the big rigs straddled all four southbound lanes of the highway.

Two minor crashes occurred east of the original one due to the heavy traffic.

All four lanes of the highway were reopened just after 7 a.m.

The driver of the second truck was charged with failure to reduce speed, and reckless driving.

TRAFFIC ALERT UPDATE: one of two tractor trailers has been removed from the scene at 85 south/ 40 west. Crews still working to clear scene... detour at exit 157.