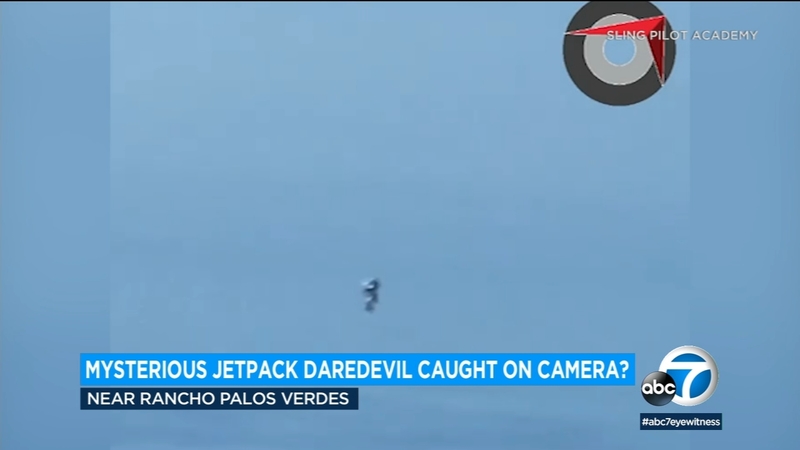 LOS ANGELES -- Another sighting has been reported of a jetpack flying over the Los Angeles area, a recurring mystery reported by pilots that, until now, had not been captured on video.

An instructor with a local flight school captured footage of what appears to be the elusive "jetpack man" flying off the coast of Palos Verdes at an altitude of about 3,000 feet.

There have been at least two jetpack sightings this year by commercial pilots flying near Los Angeles International Airport, though there was no footage recorded.

The FAA and FBI are investigating those previous sightings, as jetpacks can represent a hazard to aircraft.

The new footage was posted by Sling Pilot Academy.

The FBI has launched an investigation after two commercial airline pilots reported seeing someone flying a jetpack close to their aircrafts near LAX.