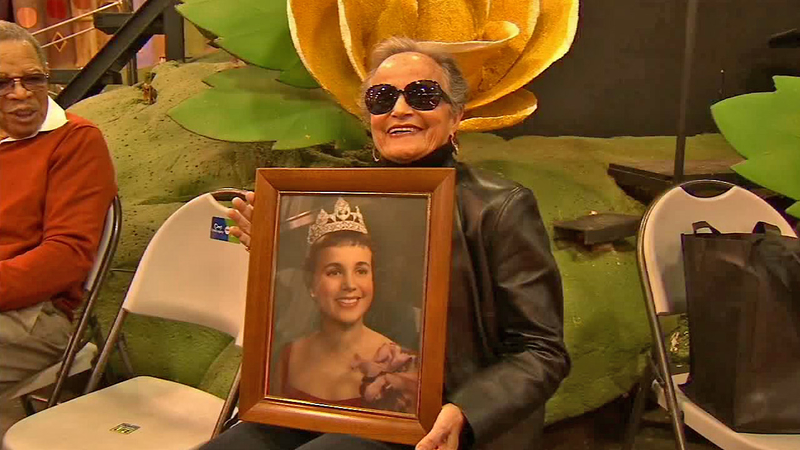 PASADENA, Calif. -- A woman who was denied the honor of riding in the Rose Parade in 1958 because of her race will finally get her chance in 2015.

Joan Williams, 83, was named Miss Crown City in 1958, representing Pasadena. It was an honor she received after being nominated by her coworkers at city hall.

However, she was denied the honor after city officials discovered she is African American. She said it was devastating to be told she wasn't worthy because of her race.

"For my co-workers to have found me worthy and want me to be the one to represent them, that was quite a feather in my cap," she said. "And then to pull the rug from under me and quit speaking to me, it was like they were angry with me for their assumptions."

Williams said she is grateful the community is finally righting a wrong after all these years. She also thinks this year's parade theme, Inspiring Stories, fits hers perfectly.