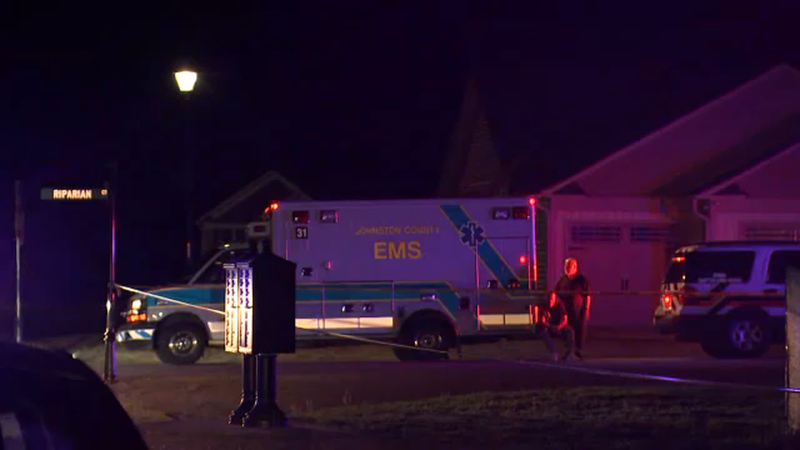 WILLOW SPRING, N.C. (WTVD) -- A 10-month-old baby has died after being attacked by two family dogs in Johnston County.

Johnston County Sheriff's Office Capt. Danny Johnson said deputies responded to the home on Riparian Court in Willow Spring around 8 p.m. for a call about an unresponsive child.

When deputies arrived, they started CPR on the baby, but were unsuccessful.

EMS was called and again attempted CPR but the baby did not respond. The girl was pronounced dead at the scene.

Johnson said an investigation determined the father, who is a law enforcement officer, had briefly left the baby unattended in the home to go outside and move a sprinkler in the yard. He heard a commotion and when he went back inside, the girl had been attacked by the family's dogs.

An investigation determined the father, who is a law enforcement officer, had briefly left the baby unattended in the home to go outside and move a sprinkler in the yard and the dogs attacked.

According to the JoCoReport, the two dogs are rottweilers. A neighbor told ABC11 on Wednesday that one dog is male and one is female. She said they were usually protective of the child.

"It's a bad scene anytime that a young child like that passes," Johnson said. "It's very hard on us all."

The dogs were seized by animal control, he said. Local statute says that the family can decide to bring the dogs back home or have them euthanized.

Authorities said they were not aware of any prior issues with the dogs.

In late April, a 7-year-old girl was killed by two dogs in Garner.