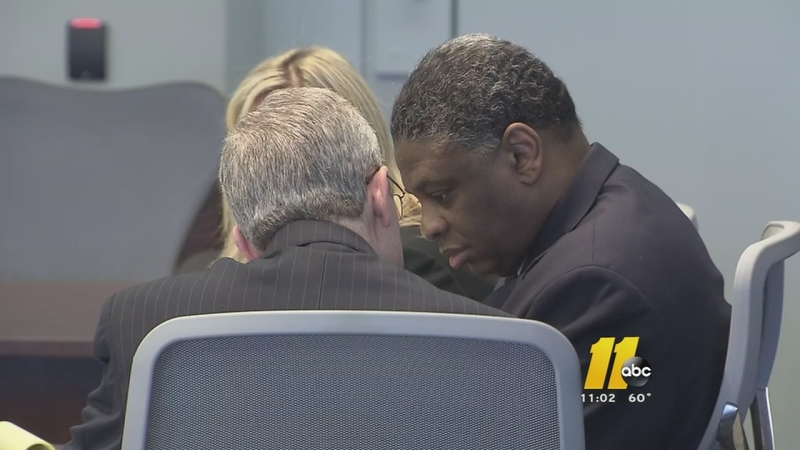 DURHAM (WTVD) -- A jury found 50-year-old Joseph Mitchell not guilty of first-degree murder Wednesday afternoon in what was called the "sleepwalking" murder trial. He was also found not guilty of two counts of attempted murder.

Mitchell claimed he was sleepwalking when he smothered his 4-year-old son and attacked two other children in September 2010.

Mitchell's defense team called mental health experts to testify in the case that Mitchell was suffering from stress and lack of sleep which caused him to sleepwalk. He claimed to have no recollection of the attack.

The prosecution, however, painted Mitchell as a desperate father facing foreclosure who was capable of killing his son because of it.

After the verdict was read, Christine Perolini, Mitchell's ex-wife, exclaimed in the courtroom, "I failed. I couldn't save him [my son]." She later was wheeled out of the courthouse on a stretcher.

"I would like to think that every prosecutor who decides to indict and or prosecute a defendant believes that defendant is guilty. Nothing in the trial changed my opinion. However, I respect the process and understand there are no guarantees. I respect the jury's verdict as well," said Echols. "I'm disappointed. A four-year-old was killed and two children were attacked so the decision to prosecute the case and try it was warranted in my opinion."

ABC11 also asked Echols about the jury's question early on about whether manslaughter was an option. The defense had asked for involuntary manslaughter, but the state objected.

Just before 6 p.m., Mitchell was seen leaving the jail as a free man where he had spent four years in custody.

There's no word on whether Mitchell plans on making a public statement.