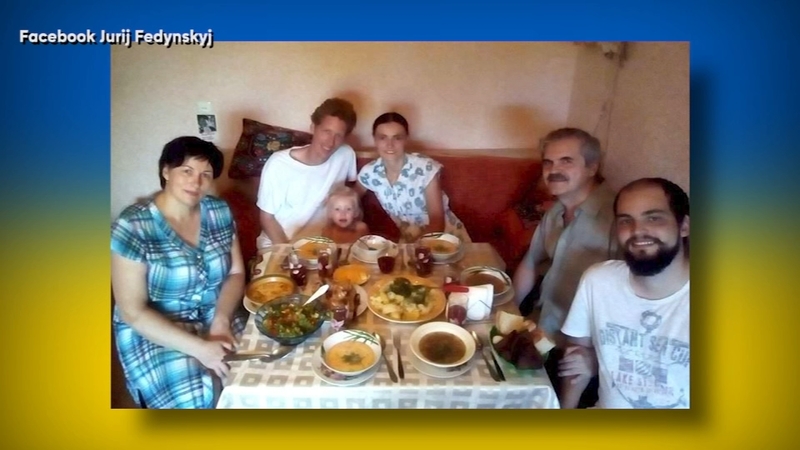 Faith and music give Raleigh native strength to remain in Ukraine

RALEIGH, N.C. (WTVD) -- Raleigh native Jurij Fedynskyj evacuated his pregnant wife and four children to the Raleigh area to stay with their grandmother as the threat of an invasion from Russia loomed, but, he chose to remain in the warzone.

"You get over the fears and the fears of the bombs and the fears of everything," Fedynskyj said via Zoom from Ukraine. "And, at some point, we have this incredible you know, faith that (Russian President Vladimir) Putin will not win, and we should not be afraid -- Putin should be afraid. He's the thief. He's the one at fault. And why should we run away from our country?"

Fedynskyj grew up in Raleigh from attending Sanderson High School and attended college for piano performance. Fedynskyj's grandparents had fled Ukraine during World War II and he always felt a calling to return to the country. At 23, Fedynskyj moved to Ukraine and has lived there for the past 23 years. He married a Ukrainian woman and has four children with a fifth on the way. The kids hold dual citizenship and it is Fedynskyj's dream they will learn English.

Fedynskyj says he chose to stay in Ukraine for fear of how he would feel if the country fell.

"I can't leave my country to Putin," Fedynskyj said. "It's not part of the program. He doesn't get it. We worked too hard and invested too much."

As a trained musician, Fedynskyj has spent more than two decades working to revive and preserve traditional Ukrainian music teaching lessons, handmaking instruments, and touring. Through the invasion, he and other musicians are using music as unity playing for those in subways being used as bomb shelters.

"I'm so convinced that this is the secret to Ukraine's success," Fedynskyj said. "It's this fearless attitude, this belief in God in love and music. We're going to Kyiv without guns-not scared but have incredible confidence that can only come from the Holy Spirit when God decides its time to come home."