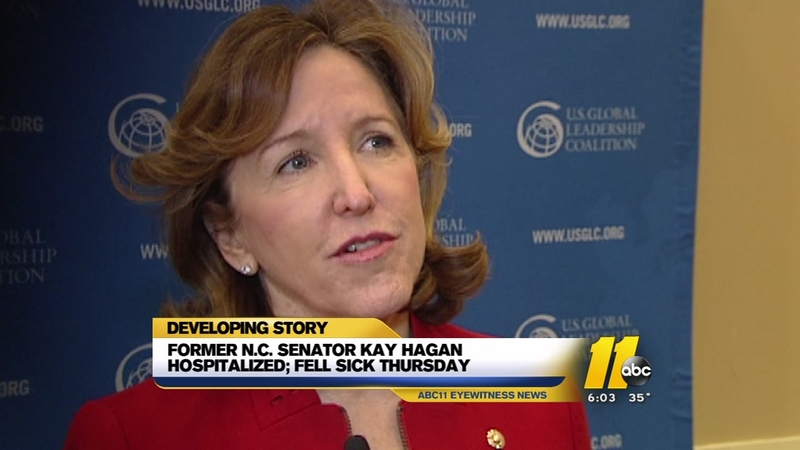 Former North Carolina senator Kay Hagan was rushed to a hospital in Washington, D.C. on Thursday, according to the Lakeland Ledger.

The paper reported that Hagan, 63, was being treated in the intensive care unit after falling seriously ill.

Hagan's brother, Joe L. Ruthven, said she did not have a heart attack nor is she in a coma. The family asked that further details surrounding her illness not be released.

Kristin and I are praying for Kay, Chip, and the entire Hagan family. She is a great friend and champion for North Carolina.

Please join Susan and me in praying for @KayHagan and her family. Wishing her a speedy recovery back to good health. https://t.co/sZP3lEsaRV

Hagan served as a United States Senator from North Carolina from 2009 to 2015. She previously served in the North Carolina Senate from 1999 to 2009 and is a member of the Democratic Party.