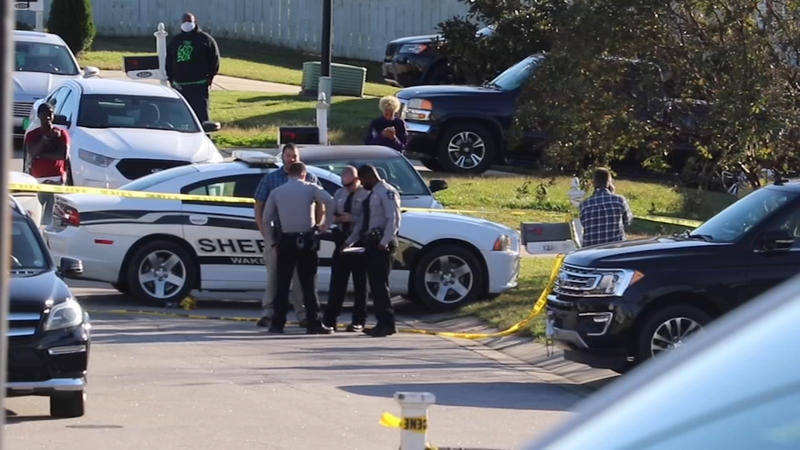 Deputies responded to the 1200 block of Topping Lane near Limewood Street after children playing in the neighborhood noticed two people unresponsive inside a black SUV.

When deputies arrived, they found two men in their 20s dead inside the vehicle.

According to Eric Curry, the Public Information Officer for the Wake County Sheriff's Office, the two victims appeared to be in the car for some time, as early as 4:30 a.m. Tuesday morning.

Witnesses said the men may have ventured out to a recording studio in the early morning hours and returned back to the Topping Lane area to drop off a third person and that may have been when the shooting happened.

Both ends of Topping Lane are blocked as the investigation continues.

The Wake County Sheriff's Office said anyone with information is asked to call 919-856-6911.