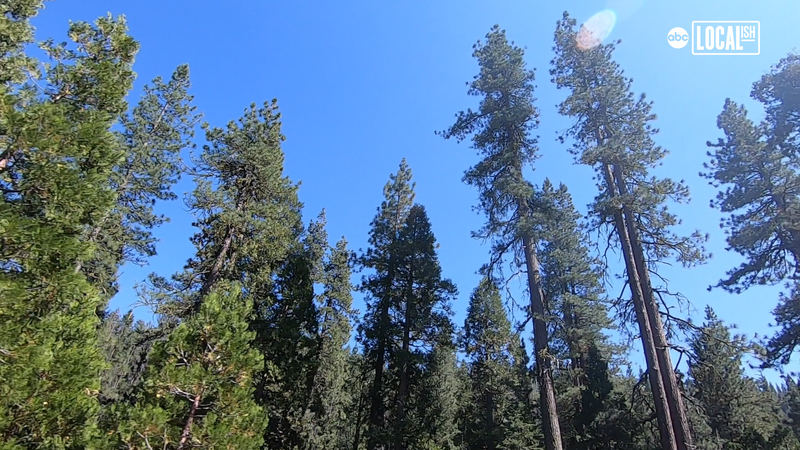 Located less than an hour and a half from Fresno, Kings Canyon National Park lives in the shadow of Yosemite and Sequoia National Parks - but that's become an advantage during the COVID-19 pandemic.

"It's a more relaxed atmosphere than trying to go to Yosemite Valley, not usually as crowded, which is really nice to kind of get you away from the people," Peterson said.

Currently, Yosemite National Park requires reservations to enter. The same cannot be said for Kings, making a spontaneous trip to the park possible.

The park also uses their newsletter (which is given to visitors when they enter the park) to highlight trails that are less popular and better for social distancing. For the more popular trails, rangers encourage visitors to arrive early in the morning to avoid the crowds.

"We really encourage people to travel with groups that they already live in," said Sintia Kawasaki-Yee with Kings Canyon National Park. She also said that if you do come in a large group, consider breaking up into smaller groups to avoid proximity with other groups on the trails.

The park features numerous highlights, including the General Grant Tree, Cedar Grove and Kings Canyon itself.