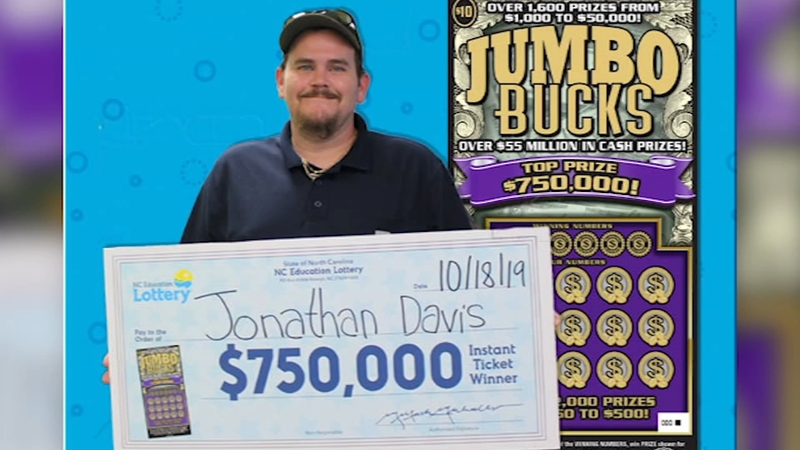 RALEIGH, N.C. -- A Cumberland County man plans to use part of his lottery prize he won to take his grandmother on a cruise.

"She loves being able to get out of the house and explore," Davis said. "It's something we can do together as a family."

Jonathan Davis of Hope Mills stopped by a local Kwik Shop to grab a coke when he decided to get a $10 Jumbo Bucks scratch-off ticket. Good luck fell upon Davis because he won $750,000.

"I just stared at the ticket," said Davis, who installs fireplaces. "I wasn't sure what to think. I just wanted to make sure it was real."