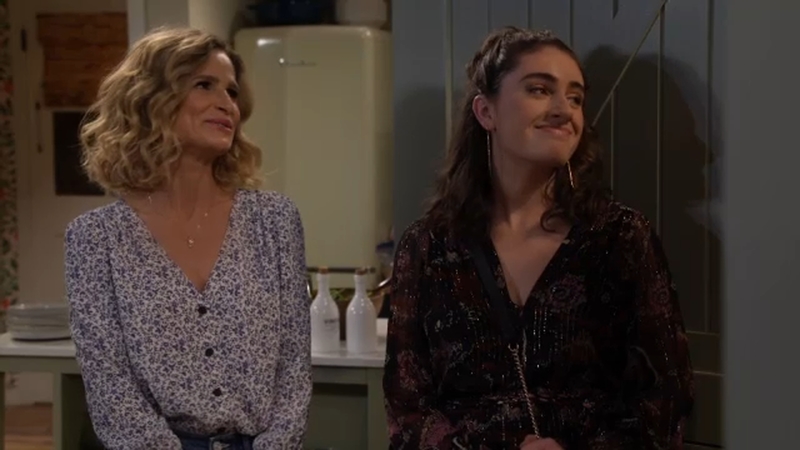 Kyra Sedgwick shows off her comedic side in 'Call Your Mother'

Kyra Sedgwick was "The Closer" on TV and spent half a dozen seasons as the chief of the fictional NYPD precinct, "Brooklyn Nine-Nine." She is best known for her dramatic work, but now, she's starring in a new comedy for ABC entitled "Call Your Mother."

My own mother, Lindy Kenyon, used to speak those words to me several times a week when I got out of college and for decades after that. In fact, I heard her say that right up until her death at the age of 90. So the title of the new sitcom made me smile -- and watching made me laugh.

Freddie (played by Joey Bragg) and his sister Jackie (Rachel Sennott) have moved to Los Angeles to put some distance between them and their mom, Jean (Sedgwick). She lives in Iowa, but that proves too far away for her comfort. So she decides to join her kids on the West Coast.

"What the show is really about is this," Sedgwick said. "After your kids leave and when you're an empty nester and you basically get fired from the job that you loved most of all, which is being a mom, how do you move on with your life?"

It's a question made more poignant by the fact that Jean is a widow.

"I haven't had sex in four years, and it was four years before that," she tells a neighbor in the premiere.

Sedgwick got interested in sitcoms after her husband Kevin Bacon had a part in a live presentation of "All in The Family" on ABC in the fall of 2019. She says "Call Your Mother" is in the tradition of that show.

"It's really, really funny, with really funny characters, but also really about something," she said.

Her two co-stars recognize their own lives in the scripts.

"The only thing keeping my mom from moving down to LA is she still has a job," Bragg said. "I think if she didn't have a job, she'd be living in my apartment within the week."

"I feel like I experienced what happens in the show during quarantine because we were all together," Sennott added. "I feel it's like the same thing, the push and pull of, 'I love you but you're driving me crazy.'"

Episodes were made during the pandemic with protocols in place to keep everyone safe and Sedgwick describes the comedy as a show that fits the times.