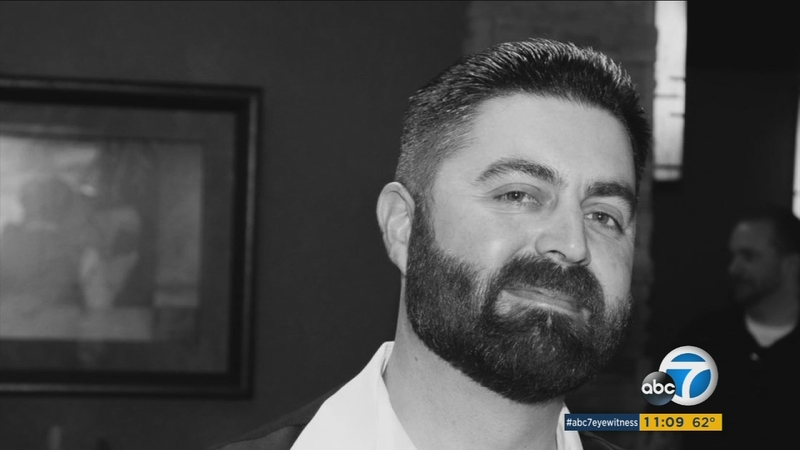 VICTORVILLE, California -- A sucker punch on the streets of Las Vegas led to the death of a father of five from Victorville, California.

Louie Campos, 45, joined his three brothers in Sin City on April 30. They took a picture hours before a random attack ended his life.

Campos and his younger brother were in line for the Vanguard, a bar on Fremont Street, when they were approached by two men around 1:34 a.m.

"One of them said, 'What are you looking at?' or 'Do you have a problem?' I can't remember what his exact wording was, and then he struck my brother," Drake Garibay said.

The suspects were captured on surveillance video down the street. They were first seen walking then picked up their pace.

The punch was so severe it knocked Campos out and caused brain bleeding. Paramedics rushed him to the hospital, but he never regained consciousness and died Thursday.

"He got robbed of his life, murdered. And the whole thing is we need to get this out there to find him so justice can be served," mother Joyce Garibay said.

Garibay said Campos was her oldest son. He was a truck driver, loving husband, and father. She said he sent her a text message saying he was having a blast with his brothers earlier that night.
"He just had that glow in his eyes. He was just so happy to be there, to be there with us," Travis Garibay said.

Campos was going to be the best man in his brother Adam's wedding. The close-knit family now plans a funeral all because of one man's unprovoked brutality.

Las Vegas police are working to identify the men seen in the video. Until then, a GoFundMe page is up to help Campos' wife and children. If you would like to donate, you can do so by clicking here.

The suspects are described as men in their 20s. One man wore a white cap, dark shirt, and white pants, while the other man wore a dark shirt and tan pants, according to Vegas police.

If you have any information on the suspects, you are urged to call the Las Vegas Metropolitan Police Department at (702) 828-3521.