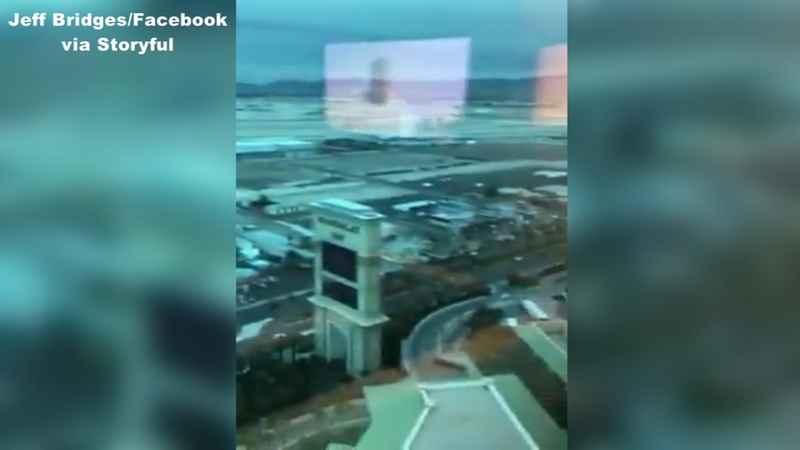 LAS VEGAS, Nevada (WTVD) -- About a year ago, a North Carolina man and his wife stayed in the same room inhabited by gunman Stephen Paddock when he opened fire on a Las Vegas music festival. The man posted a video tour to Facebook and it's sadly haunting.

In 2016, Charlotte resident Jeff Bridges and his wife, Andrea, took a trip to Las Vegas.

The couple stayed at the Mandalay Bay Hotel on the 32nd floor in suite 135.

Excited for their swanky suite, Bridges recorded a miniature tour not knowing that almost a year later, a man would open fire on a nearby music festival, killing at least 59 people - quickly becoming the deadliest mass shooting in U.S. history.

READ MORE: Who are the victims of Las Vegas mass shooting?

Bridges posted the video to his Facebook page on Tuesday saying, "Do you want to see what the view was from Mandalay Bay? Andrea and I stayed in that EXACT same room last year on the 32nd floor! Room 32-135! The video ironically ends with a view down on the concert area. Again, we would like to send our thoughts and prayers to everyone impacted by this tragedy!"

While Bridges and his wife watched the horror unfolded on the news, he thought the room looked familiar but wasn't sure if it was the same room - but it was.

"I thought we stayed on the 36th floor until I went back and reviewed the video," Bridges wrote in the comments. "I knew he was in the Vista suite because of where the room was located. All the rooms on the end are suites. Yes, we were shocked."

But they aren't the only ones who are shocked. Facebook viewers are freaking out too.

"Wow, bet you and your wife were freaking out a bit when you realized you had that footage - and that you stayed in that actual room," one viewer posted.

Since its posting, Bridges' video has more than 40,000 views.