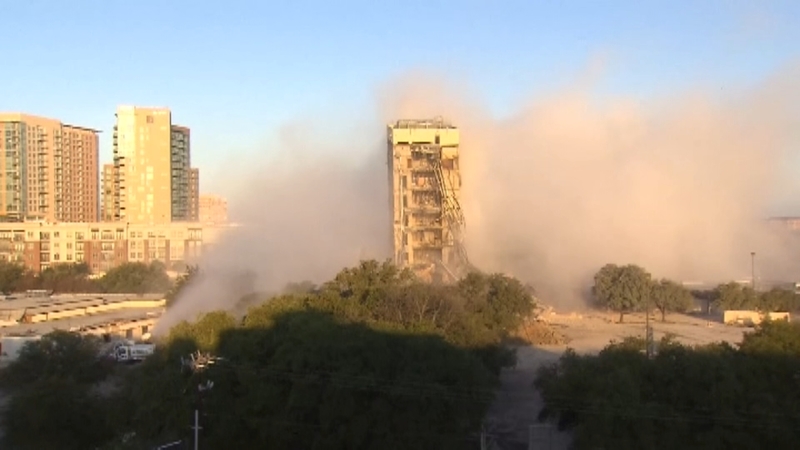 DALLAS, Texas -- An attempt to implode a high rise office building in Dallas, Texas resulted in a fail.

Much of the structure did come down, but a tower remains standing, despite numerous attempts to topple it.

"You could see the building fall down, and then that tower there just kind of stopped. And everybody went oh no. And there it is. It's still sitting there. Amazing," said Ed McAndrew, who was an onlooker to the attempted demolition.

But even a high-reach excavator brought in after the implosion couldn't get the job done.

Some are calling the still-standing tower the "leaning tower of Dallas".

Crews will use a crane and wrecking ball over the course of the week to knock the structure down.

"We feel like we're transforming into the next chapter, it's like a rebirth," says Artemio De La Vega, CEO of De La Vega Capital.

The site at the corner of North Central Expressway and Haskell Avenue will become part of a new, 27-acre mixed use development, with high-rise residential and office towers.

"The size of the project and the location is phenomenal. We're centrally located, which is where the name 'The Central' comes from," De La Vega says.