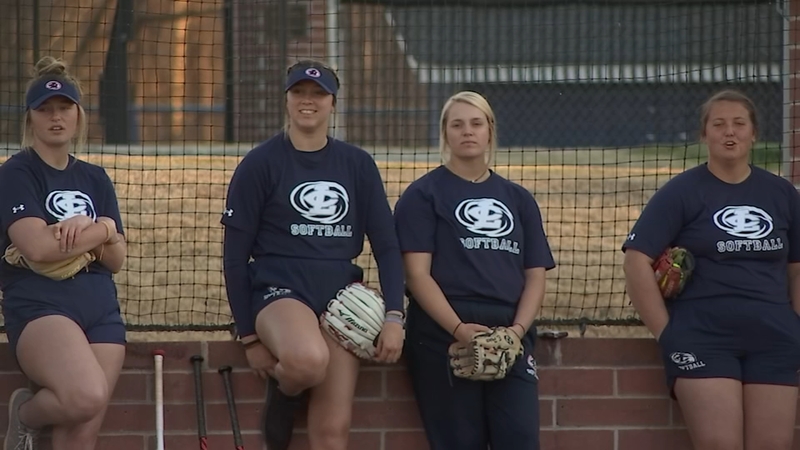 LOUISBURG, N.C. (WTVD) -- The Louisburg softball team knows what it's like to take a tough loss. After finishing third in the NJCAA Division II championships a year ago, coach Eric Lee's team was more than motivated to compete for a national title in 2022.

On the morning of Feb. 24 -- on the way to an early-season tournament in Oxford, Alabama, the seasons of 20-plus players and coaches changed.

"I hear these kids screaming fire, fire, fire," said Lee. "All of a sudden, my assistant turns around and tells me that the bus is on fire."'

The Hurricanes' travel bus caught a rear flat tire, which immediately pushed sparks into underneath compartments. Minutes later, the entire bus was engulfed.

Ellen Palya said she, like many other teammates, was asleep when the tire blew. The sophomore pitcher says she woke up to a maddening scene. "People were screaming, we didn't have time to grab anything." 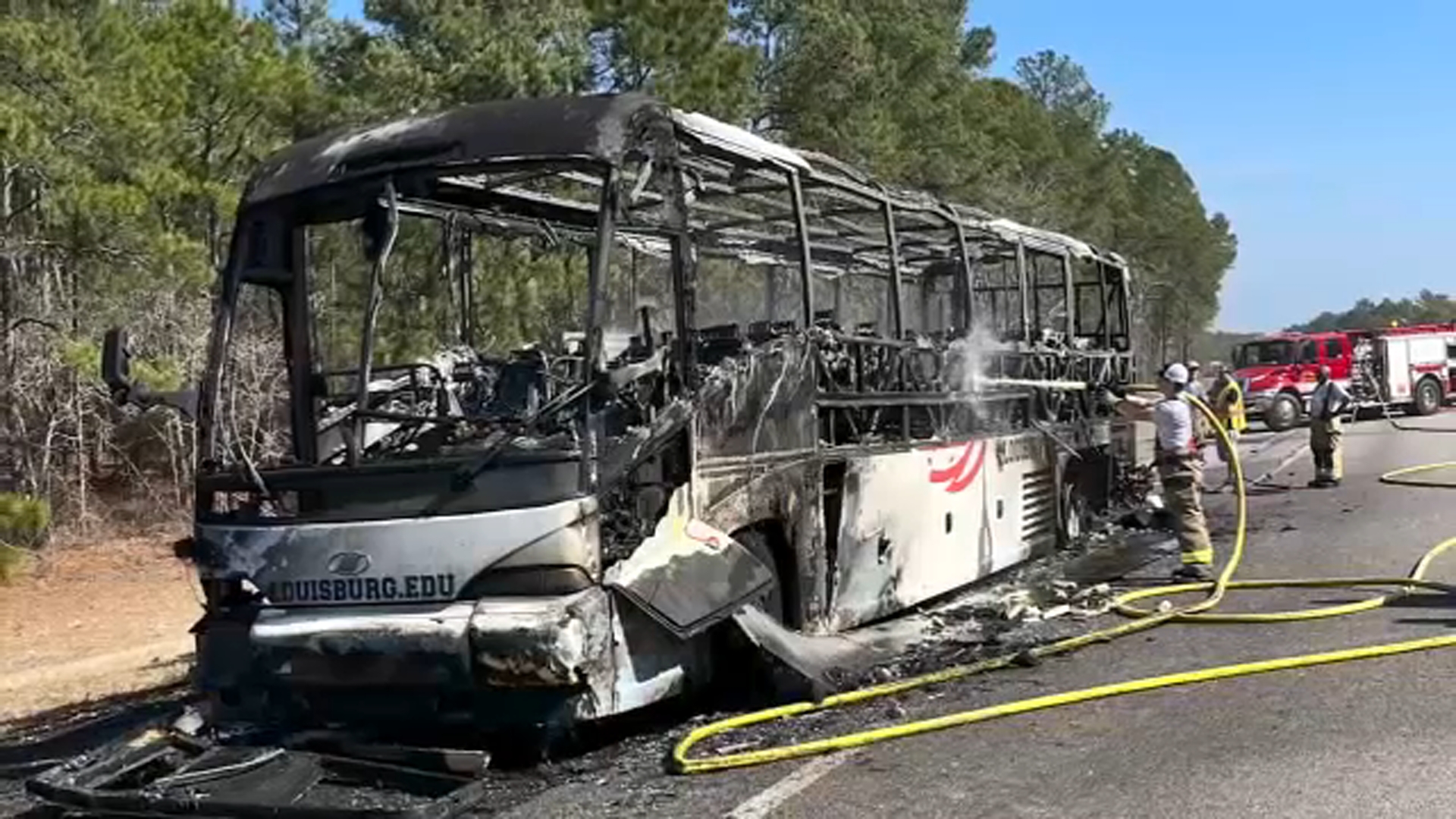 In a few panicked minutes, the entire team was able to get off the bus and get on to the side of a South Carolina highway. Palya said the team gathered around and said a prayer not fully grasping what had just happened. "I turned around and the front windows blew. That moment there was just like, oh my gosh."

Lee and Palya recall the team being overcome with grief about the situation, but grateful that everyone including the driver made it off in time. Shortly after, the painful reality began to set in. The team -- just five contests into a 50-plus game season -- saw most of their personal belongings and equipment destroyed. After leaving the scene and knowing the circumstances, the team still made the decision to tell Lee that they wanted to continue their season.

"They wanted to play; they made the decision that we were going to play," Lee said.

He said he began to brainstorm -- and would start with a GoFundMe tasked with raising money to replace equipment and school items lost in the fire. Once word got out about the story and the team's intentions -- the coach said the local Louisburg community and surrounding areas raised up its Hurricanes.

"We were back with uniforms and equipment, ready to play in three days," he said.

Lee named Johnson Lambe, Sweet Tees, Dick's Sporting Goods, Lit Nutrition, The Daily Blend and Mizuno USA as some of many major factors as to why the team was able to get back onto the field 72 hours after losing everything.

Just as inspirational, sophomore pitcher Chelsea Roberson, a Louisburg native, said her community family standing up for her college family is something she'll never forget.

"It's wonderful to know that we are Louisburg, and people know who we are, and they want us to be successful," Roberson said.

In its transition back to the field, the team feels like this incident could fuel it to the prize so desperately wanted: a national championship.