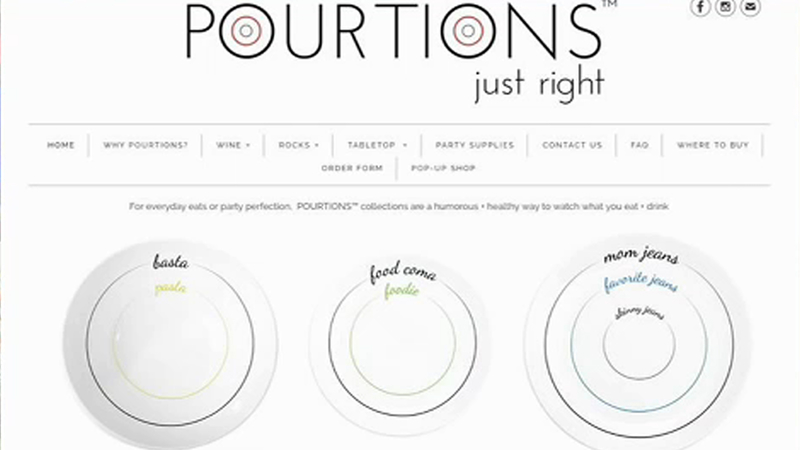 Macy's has pulled a line of dinner plates after complaints that they promote eating disorders.

When a science correspondent named Alie Ward tweeted a picture of the plates in the store, her caption read, "How can I get these plates from Macy's banned in all 50 states."

The plates are from a company called Pourtions.

The plate is portioned off with circles, the smallest portion says "skinny jeans", as you add more to the plate it reads "favorite jeans" and then "mom jeans."

Another plate says "foodie" then "food coma" for the larger portion.

The company's line follows the same format, like one that says "al dente" for a supposedly good pasta portion, and "al don'te."

People were quick to say this advocates a "toxic message" of portion control.

Pourtions says the line is meant to provide "helpful and hilarious visual cues" that will "spice up your dinner table, and your conversation."