Man arrested after trying to run over Lee County deputy, leading him on chase 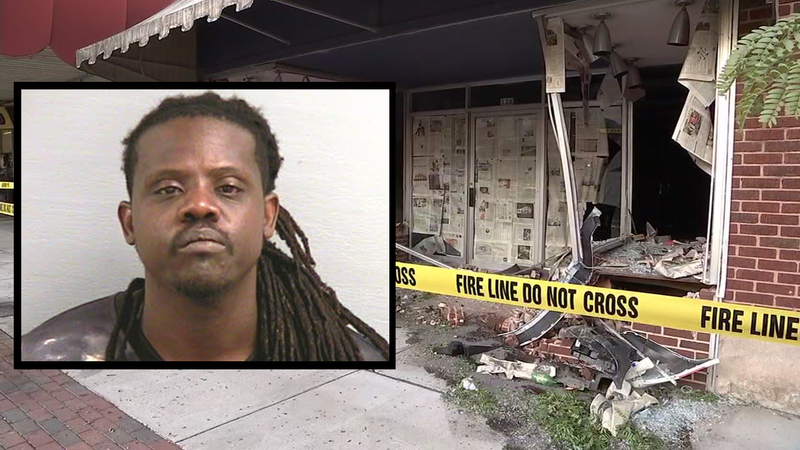 Man arrested after trying to run over Lee County deputy, leading him on chase

LEE COUNTY, N.C. (WTVD) -- A man is behind bars after trying to run over a deputy and leading him on a chase into Sanford, according to Lee County Sheriff's Office.

The incident happened around 12 a.m. on Deep River Road.

Officials said the deputy was called to the area after reports of suspicious people in a red vehicle.

Upon arrival, the deputy found a red Kia Soul, put on his blue lights and tried to approach the vehicle.

Reports said that's when the driver of the Kia, later identified as 37-year-old Cory Dexter Fennell, backed up and tried to run the deputy over.

The deputy then fired his gun, causing the driver to speed off.

Deputies chased after the Kia, going into Sanford's city limits before catching Fennell. During the chase, the deputy hit a median on Steel Street and crashed into Hi-Lites, a clothing store in the area.

Authorities said Fennell, who was unharmed, abandoned the Kia further down the road and ran away on foot.

A short time later, he was arrested under a house. The Sanford Police Department and a K-9 unit from Harnett County Sheriff's Office assisted with taking him into custody.

Fennell was charged with first-degree attempted murder and felony/elude arrest with a motor vehicle.