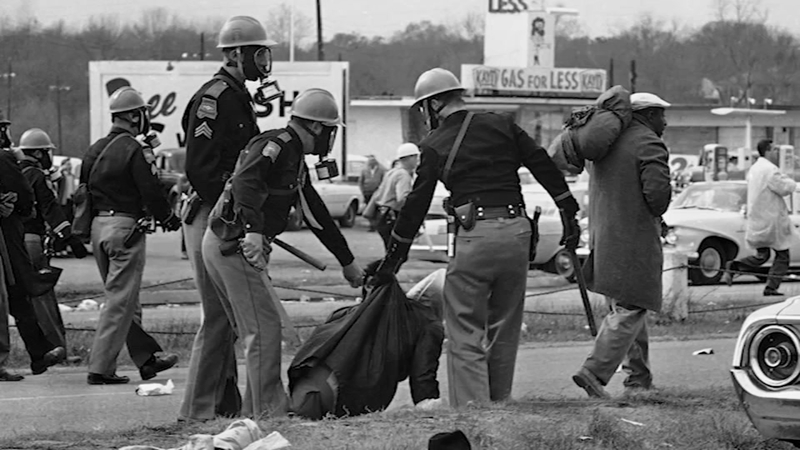 RALEIGH, N.C. (WTVD) -- Fifty seven years later, the images of Bloody Sunday are etched in American history. The date was March 7, 1965. Hundreds marching for voting rights were met with resistance as they attempted crossing the Edmund Pettus Bridge.

"What really is the battle of America right now and the battle of democracy is those who fear the diversity at the ballot box," said the Rev. Dr. William Barber.

The activist spent the afternoon symbolically marching between Selma to Montgomery, Alabama. He spoke with ABC11 from ground zero in the fight for voting rights.

"Today the leg is 11 miles. We will pass the baton to another group and another group. Then Friday, we will end in Montgomery, Alabama, where Dr. (Martin Luther) King and others delivered their speech 57 years ago," he said.

Peaceful demonstrators were teargassed and beaten with billy clubs by state troopers. Even today, advocates say the fight continues.

Atkinson was lead attorney in a lawsuit against the state of North Carolina seeking to restore voting rights for people with felonies. Currently, it's a waiting game for nearly 84,000 people across the state who can't vote until that ruling comes down.

While President Lyndon B. Johnson signed the Voting Rights Act of 1965 into law 57 years ago, Atkinson says the fight for those rights continues.