ABC11 Together highlights the strength of the human spirit, good deeds, community needs, and how our viewers can help
WTVD
By Joe Mazur 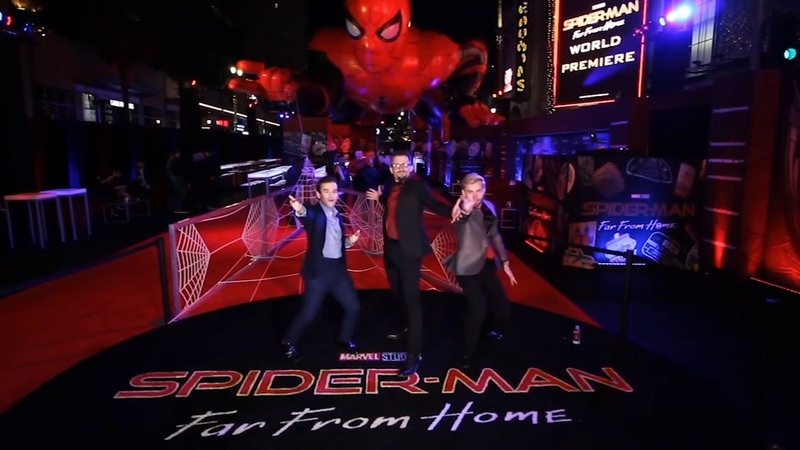 Getting through three bouts of leukemia requires superhuman strength. Mateo Coka obviously has that. Whether it was an experimental drug or potentially fatal virus, Coka overcame it all.

"I literally felt my body fading away from me, but I wasn't going to let that stop me," he said.

During 10 years of cancer treatments, Coka was drawn to Spiderman. In the film, spider venom gives character Peter Parker superpowers. Coka related that to cancer.

"I just saw this kid, who was just like me. He wasn't incredibly strong at first. When I had cancer, it was obviously a tremendous burden for me but I knew I could make the best of this dark moment," he said.

Inspired to pursue a career in film, Coka connected with Lambert who helped find him an internship with a production crew. Once Coka was in Los Angeles, Lambert wanted to do more.

"So, I just kind of started thinking and fortuitously I was already in there working on that campaign," Lambert said. "I got the idea to take him to the "Spiderman Far From Home" premiere in LA."

Lambert produced a video for the big reveal. Expecting "never-before-seen" footage, Coka instead got the surprise of a lifetime.

"The video starts glitching out and it's Brad and he's telling me, 'hey, what are you doing, you're watching a trailer? No, we're going to watch the movie. We're going to the premiere right now,'" Coka recalled.

"For me I didn't want to just text him and say you're going, as I'm sure he would have been excited at that," Lambert. Me on that front, I'm very extra, and I wanted it to be super special."

Lambert's surprise hit the mark. Together, they enjoyed an unforgettable night at the Chinese Theater in Hollywood.

That isn't the first or last surprise Lambert has orchestrated. While at State he pulled strings to connect UNC running back and former Steelers star Willie Parker with Michael Jordan for a face-to-face visit in Charlotte. Parker, who's a Super Bowl champion, still calls it one of the best days of his life.

"You see the impact you can have on another's life by just being kind, there's nothing greater than that," Lambert said.