WTVD
By Josh Chapin
WARSAW, NC (WTVD) -- Waffle House CEO Walt Ehmer spoke Friday to the Fayetteville man who was put in a chokehold outside a Warsaw Waffle House after prom. And the mayor of Warsaw weighed in with a plea to let the judicial system do its job.

According to a restaurant spokesperson, Ehmer said Anthony Wall was apologetic and respectful.

This comes the same day the State Bureau of Investigation announced it was investigating the incident.

It happened on Saturday outside of Waffle House.

Anthony Wall, 22, claims he had just taken his 16-year-old sister to prom and went to grab a bite to eat when he said he got into an argument with several wait staff members.

the mayor of #warsawnc tonight responding to the #WaffleHouse video seen around the world. he says "the officer did what he had to do." the full story tonight on #abc11 pic.twitter.com/62fPOUbcyV 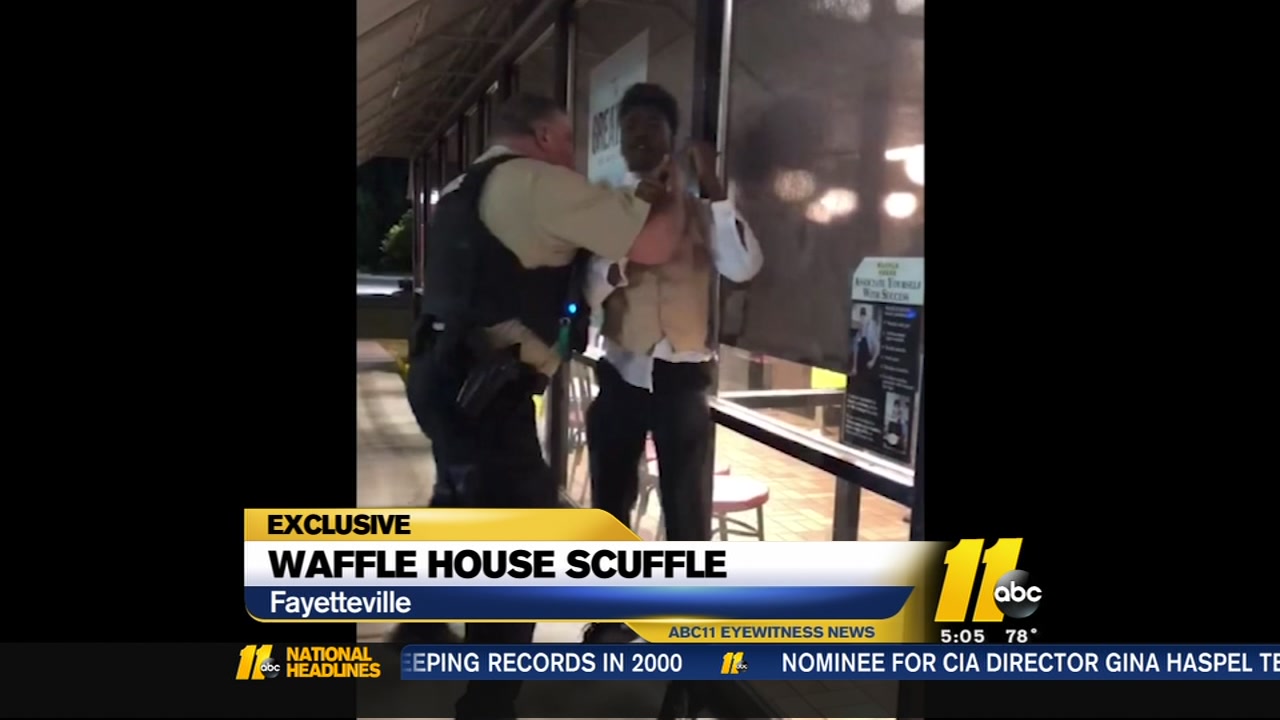 Many voiced their concerns and opinions about the incident on Wall's Facebook page.

AJ Connors, the mayor of Warsaw, spoke to ABC11 on Friday evening about the incident that has garnered national attention.

"This officer did what he had to do," Connors said. "This is not a racially motivated issue. This was just a young man who had broken the law and a law enforcement officer arrested him and unfortunately, physical contact took place because he refused to obey the law."

Connors said he has asked residents and others not to call the police department to tie up lines if they're trying to complain about the video.

"(Wall) started a fight, and the officer's job is to make an arrest if there's a reason to," Connors said. "At this time, we're asking you to eliminate the pre-judging, allow the system that's in place to operate and do what it needs to do. We have a judicial system that works."

We are looking into the incident that occurred at our Warsaw, NC, restaurant to gather all the facts. Initial reports say the customer became agitated, and the police were called. In an interview with WTVD-TV in Raleigh, NC, Mr. Wall said he took things too far with our employees. We continue to cooperate with the local authorities in their investigation. We refer any questions about the arrest to the local police department.

On Saturday, officials said they believe there is "more to the story than the short videos that have been posted might suggest," adding that they do not believe race was an issue to call the police.

Waffe House said they train their employee to act quickly (to call police) when they or customers feel in danger. 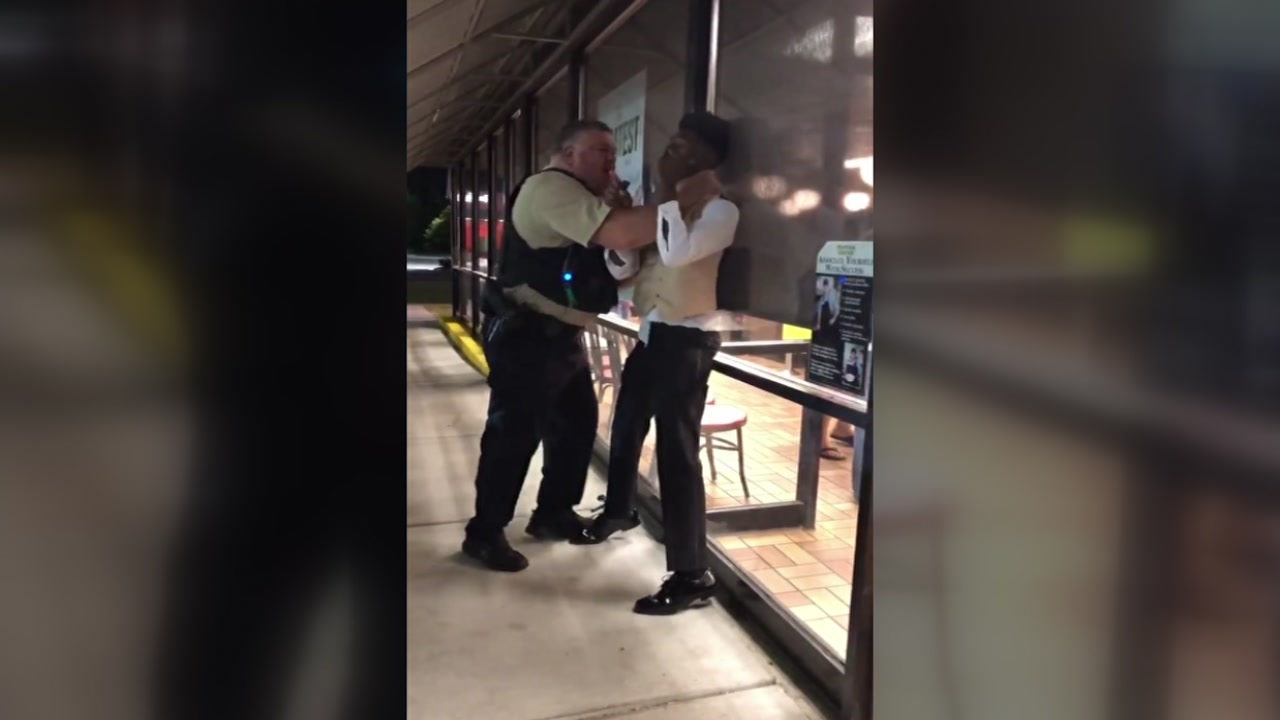 "We are currently investigating the whole incident, interviewing witnesses and gathering additional video. We have also reached out to the District Attorney's Office to make him aware of the investigation. Once the investigation is complete and the District Attorney has had a chance to review the case we will provide the public with an update on the findings."
Report a correction or typo
Related topics:
ncwaffle houseviral videofayetteville newscumberland county newspolice officernorth carolina newschoking
Copyright © 2020 WTVD-TV. All Rights Reserved.
More Videos
From CNN Newsource affiliates
TOP STORIES