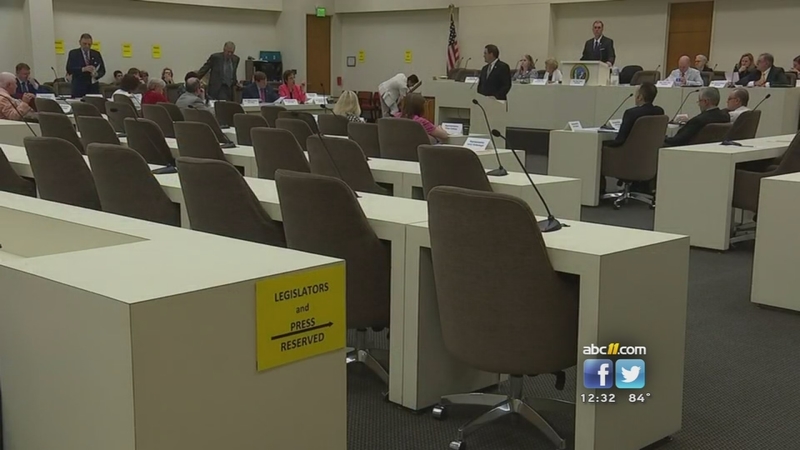 RALEIGH (WTVD) -- North Carolina House members took another shot at Medicaid reform Wednesday. They put forward a bill that would create a new "provider-based" program similar to what North Carolina has in place now, but putting doctors and hospitals (known as providers) at the center of the process.

The basic idea is to foster a system that incentivizes doctors to promote good health outcomes instead of more treatments.

"This plan will improve long term health outcomes for our citizens," said Budget Chairman Nelson Dollar. "And that's really where you control cost. You control cost by better health outcomes. That is what gets you the savings in the long run. This will end the traditional fee for service payment model and move us to a system that pays for value and not simply the volume of services."

Providers would be allowed to organize under management groups with 30,000 patients or more. They would get an advance lump sum for each patient and their profits would come from what they didn't spend.

Supporters say it will keep costs down and make them more predictable in the future - two long-time elusive goals when it comes to Medicaid reform.

Unlike the North Carolina Senate plan, the House bill keeps Medicaid inside DHHS and keeps much of the same basic infrastructure in place that exists now. The difference is that it puts providers at the helm.

"The truth is," said Dollar, "there's no single bullet. If anyone is trying to sell one, don't buy it. There's no simplistic solutions."

Still, providers seem to be behind the proposal. Cody Hand with the N.C. Hospital Association said, "It puts the decision for care in the hands of the people who do provide the care."

Hand told lawmakers his group is supportive of one provision in particular: the amount of money going to patient services - 90 percent.

"Most of the tax dollars that go to Medicaid care should go to patient care," said Hand, "and we're excited to see that you put a 90 percent medical loss ratio in there, so that only 10 percent of the dollars can go to administrative."

"We're happy to see this bill come out and we're happy with the direction it's going in," said Chip Baggett with the N.C. Medical Society. "This bill represents the essential framework for where we need to go and this is good and we need to get started."

Critics worried the bill includes too many so-called "carve-outs," or areas the provisions and protections don't apply. They also contend the plan is too hospital dominated. They stressed the need to make sure that community providers are included.