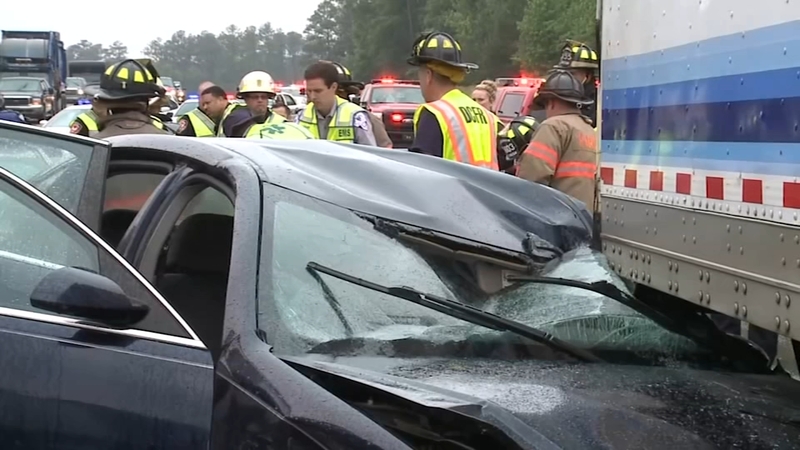 RALEIGH (WTVD) -- Two moms are on a mission to change laws after they lost their daughters in tragic accidents involving truck underrides.

During the crashes, the vehicles slid underneath large trucks.

Marianne Karth, of Raleigh, and Lois Durso, of Florida, are now fighting to make sure other moms don't lose their kids the same way.

Karth's daughters -- AnnaLeah and Mary -- were teenagers when they died. Mary would have turned 20 on Tuesday.

Durso's daughter, Roya, was 26 when she passed away.

The mothers say underrides can lead to violent deaths and are pushing for national legislation that would require stricter regulations on trucks.

The goal is to make accidents involving trucks more survivable.

"We have actually had a bill that was introduced called the 'Stop Underrides Act,'" Karth said. "The bill calls for sideguards to be required by law, on all trucks. It requires there to be a strength in rear guard. There's a 1998 standard but it's too weak, so for a stronger rear guard and also for front underride protection."

"I can't bring my daughter back but if we can save somebody else's life, it'd be worth it for us," Durso said.