Moral Monday 'Day of Action' held in Raleigh, other states 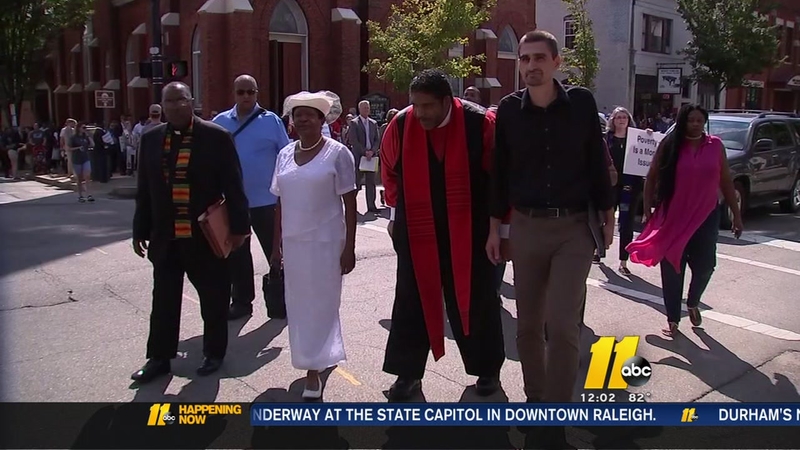 Moral Monday 'Day of Action' held in Raleigh, other states

RALEIGH (WTVD) -- A movement that began more than three years ago in Raleigh grew Monday morning into an event held in 30 states and Washington, D.C. to promote what supporters call a "moral public policy framework."

The theme for the 11 a.m. event at the Old State Capitol Building in Raleigh was "Higher Ground Moral Day of Action." More than 300 people participated in Raleigh.

They're speaking out against what they're calling "political extremism."

NC NAACP President Rev. Dr. William Barber was one of the organizers of the march.

Moral Monday rally about to start-Declaration to be read for "A Higher Ground Moral Day of Action." #ABC11 pic.twitter.com/lDpoavtDPI

Participants delivered a declaration - which had been signed by more than 10,000 people - to the governor, US Senators and political candidates.

They're asking people to vote for candidates who will advance a "moral public policy agenda," which includes responding to the needs of the poor, immigrants, the LGBT community and people of color.

The event was sponsored by Repairs of the Breach, Drum Major Institution, Healing of the Nations, and Kairos Center.