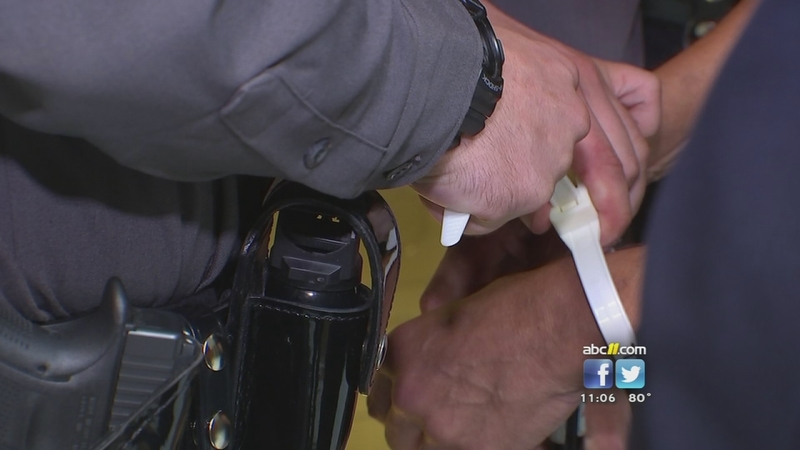 RALEIGH (WTVD) -- Moral Monday movement protesters were back Wednesday inside the Legislative Building in downtown Raleigh, and chants for change lead to arrests.

One-by-one, and six sets of zip tie handcuffs later, a small group of protesters added to the list of people willing to go to jail for the movement.

With a week hiatus behind them, protesters marched back to the General Assembly to demand equal rights.

They started with protesting the hurdles still in North Carolina despite a Supreme Court ruling that legalized same-sex marriage in all states.

"This legislature overrode Gov. McCrory's veto of Senate Bill 2, a nasty, narrowly-framed piece of legislation that says magistrates, people who work for us, the citizens of the state of North Carolina, do not have to abide by the oath that they took. That is wrong and that is not equal protection," said Chris Sgro, the executive director of Equality NC.

"As a transgender woman, I believe in the fight for equality. I believe in having a quality job that will afford me and my family a comfortable way of life without worry that I will lose it based on who I happen to fall in love with," said a fellow protester.

The group also demanded in-state tuition for undocumented students, steps for racial equality, and Medicaid expansion. Last week, Governor McCrory said he still needed a few questions answered before deciding on that. ABC11 reached out to his office on Wednesday for an update and have not yet heard back.

The six arrested were charged with breaking the Legislative Building rules and with second-degree trespassing.