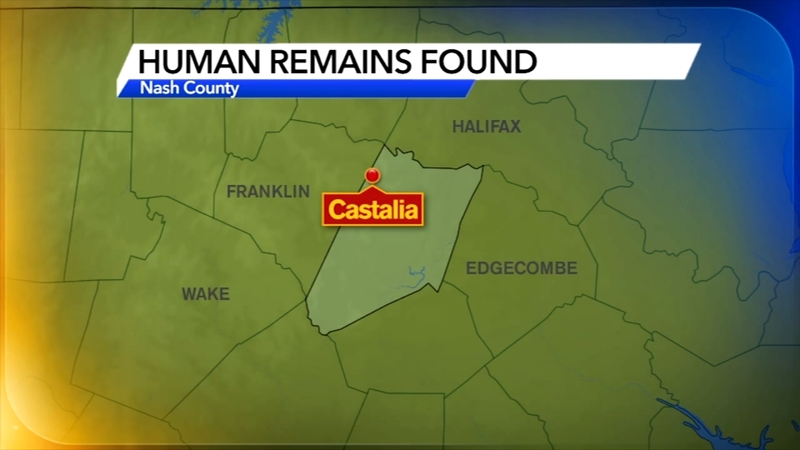 CASTALIA, N.C. (WTVD) -- The Nash County Sheriff's Office announced Wednesday that it has made an arrest after an investigation into human remains found in October.

A resident found the remains on Oct. 28 at the end of Sumler Road. They were later identified as those of 30-year-old Jaleel Taqee Evans, who had been reported missing Oct. 8 in Greensboro.

After a joint investigation between police in Greensboro and the Nash County Sheriff's Office, Mekwan Knar Dontec Battle, 31, of Greensboro, was charged with first-degree murder.

He is being held in the Nash County Detention Facility without bond. His first court appearance is set for Dec. 28.

The case remains under investigation and more arrests are possible, the sheriff's office said.