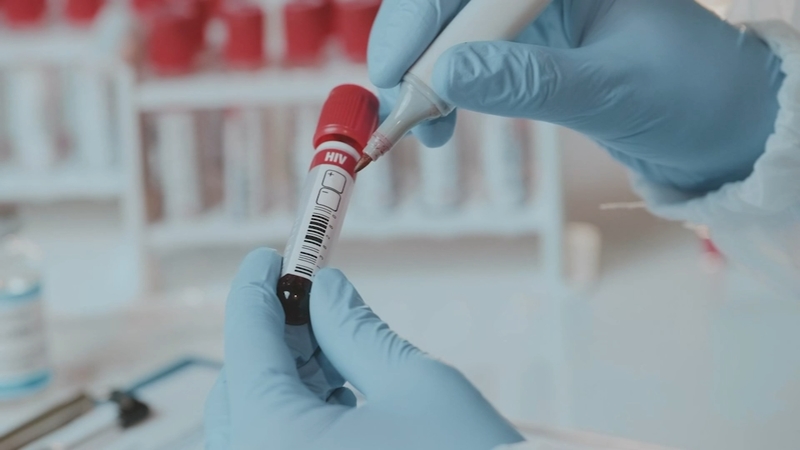 RALEIGH, N.C. (WTVD) -- Thomas Clodfelter grew up in a small, rural North Carolina town in Davidson County. Thirty three years ago, he received news that would change his life.

"I went to the local BBQ festival and donated blood. Six months later, I got a certified letter in the mail informing me to go to the local health department. When I went, the nurse informed me that I had been exposed to HIV," he said.

According to Clodfelter, people back didn't know much about human immunodeficiency virus and there were no resources in the county to treat HIV. He chose to walk in his purpose by becoming an HIV advocate.

"That was one of the main reasons I left Davidson County. I felt that if I had of stayed there, I would have died," said Clodfelter. "I got it from my grandmother. I've always been strong and able to withstand the utmost. I've been through it all."

Monday marked National Black HIV/AIDS Awareness Day. While data from the CDC shows that progress is being made with HIV diagnoses decreasing among African Americans between 2015 and 2019, advocates say there's still work to do. In 2019, Black people made up 13% percent of the population but accounted for 40% of people living with HIV. Black men make up most new cases.

"We should really push for more acceptance of same-sex partnerships in the black community When you keep it to yourself, you don't talk to others about it and you don't seek help. And so, you don't have the knowledge you need to navigate this world," said De'Shea Coney with NC Aids Action Network.

According to the CDC, there are many challenges that put African Americans at higher risk for HIV. They include social and economic issues, with some living in impoverished communities with no access to prevention services. Other factors include racism, HIV stigma and homophobia which affect status and treatment options.

It gives people like Clodfelter on the frontlines of this fight the will to keep advocating.

"It's your choice. You reap the rewards or the consequences of it," he said.
Report a correction or typo
Related topics:
health & fitnessraleighnchivgayhealthy livingaidsrace and culture
Copyright © 2022 WTVD-TV. All Rights Reserved.
TOP STORIES
LIVE: Tornado warning for Franklin, Granville counties
Homeless veterans get an assist from Durham's Rotary Club
Truck slams into NC woman's new home
SCOTUS makes it tougher for prisoners to argue counsel was ineffective
Shelf cloud seen in Raleigh ahead of line of storms
New NC flood monitoring system ready for next big storm
Father puts 1,000 miles on his car to find specialty formula
Show More
Student says he was told not to mention 'Don't Say Gay' law in speech
Clayton police arrest man in shooting that injured 1
More than 75,000 pounds of baby formula lands in US amid shortage
Report: Top Southern Baptists stonewalled sex abuse victims
Arby's is selling a fast-food staple it's never offered before
More TOP STORIES News