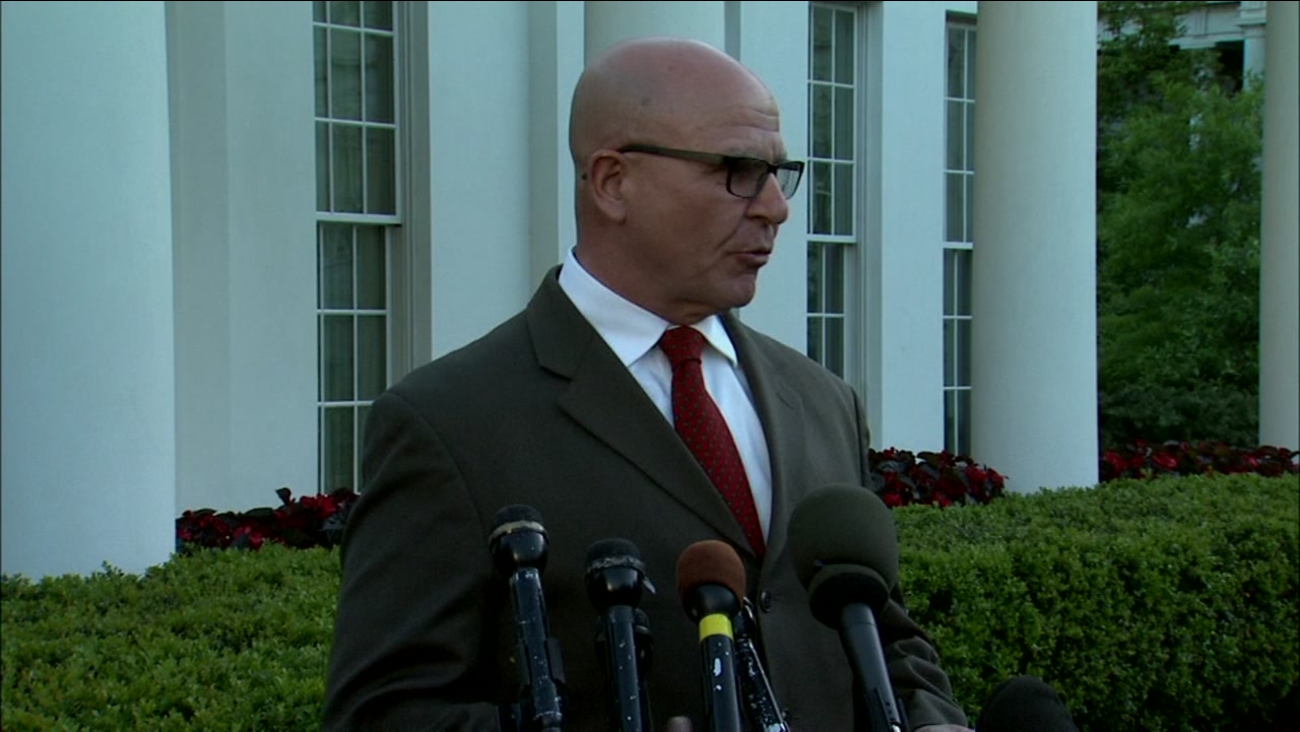 "After thirty-four years of service to our nation, I am requesting retirement from the U.S. Army effective this summer after which I will leave public service. Throughout my career it has been my greatest privilege to serve alongside extraordinary servicemembers and dedicated civilians," McMaster said in a statement. "I am thankful to President Donald J. Trump for the opportunity to serve him and our nation as national security advisor. I am grateful for the friendship and support of the members of the National Security Council who worked together to provide the President with the best options to protect and advance our national interests."

Trump has repeatedly clashed with McMaster, a respected three-star general, and talk that McMaster would soon leave the administration had picked up in recent weeks.

"H.R. McMaster has served his country with distinction for more than 30 yearsm" Trump said in a statement. "He has won many battles and his bravery and toughness are legendary. General McMaster's leadership of the National Security Council staff has helped my administration accomplish great things to bolster America's national security. He helped develop our America First National Security Strategy, revitalize our alliances in the Middle East, smash ISIS, bring North Korea to the table, and strengthen our nation's prosperity. This work and those achievements will ensure that America builds on its economic and military advantages. I thank General McMaster and his family for their service and wish them the very best."

It also comes after someone at the White House leaked that Trump was urged in briefing documents not to congratulate Russian President Vladimir Putin about his recent re-election win. Trump did it anyway.

"I am especially proud to have served alongside the men and women of the National Security Council Staff who established a strong foundation for protecting the American people, promoting American prosperity, achieving peace through strength, and advancing American influence," McMaster said. "I know that these patriots will continue to serve our President and our nation with distinction."
Report a correction or typo
Related topics:
politicsthe white houseu.s. & worldpoliticspresident donald trump
Copyright © 2022 ABC11-WTVD-TV/DT. All Rights Reserved - The Associated Press contributed to this report.
TOP STORIES
Snow projections increase slightly as storm nears
Roads mostly clear midday Friday, but snow is coming
LATEST: NC asks FEMA for help as COVID hospitalizations rise
US confirmed 1st COVID case 2 years ago today
Louie Anderson, Emmy-winning comedian, dies at 68
How to drive on snow, ice and get out of a skid
Many COVID-19 vaccine side effects caused by placebo effect: Study
Show More
'So much deceit': Brother of Lori Vallow speaks out on family divide
Meat Loaf, 'Bat Out of Hell' rock superstar, dies at 74
'Wheel of Fortune' contestant gets her Audi after bonus round pause
SPONSORED: Big Weather's Big Recipe: Caramel Puffcorn
Contact tracers' role changes as pandemic reaches new heights
More TOP STORIES News