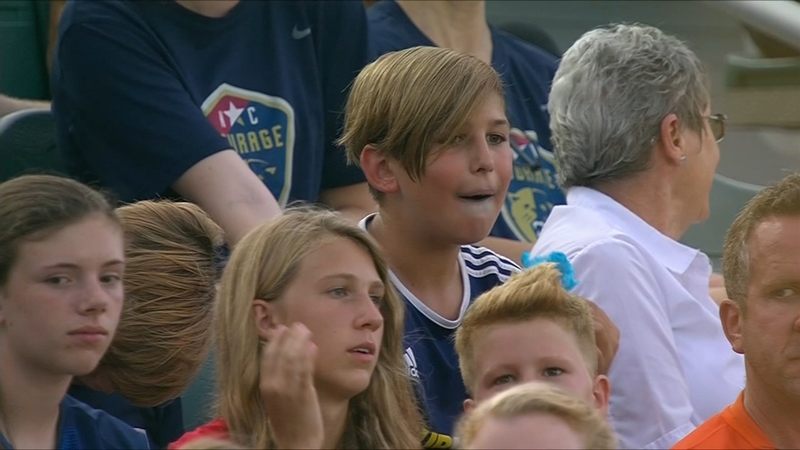 Dzsenifer Marozsan scored the only goal of the match in the 57th minute and the French side hung on to win the trophy.

"I thought we were terrific," NC Courage head coach Paul Riley said. "We battled to the end and it could have gone either way. It took a worthy goal to win the game."

The Courage beat Lyon by the same 1-0 score in the final of the 2018 ICC championship, the tournament's inaugural event, which was held in Miami but couldn't repeat the feat on its home field.

Lyon had a slight edge in possession, at 53 percent, while the Courage outshot their foes 14-9.

The Courage's best chance in the first half came in the 27th minute, as forward Kristen Hamilton made an overlapping run past forward Lynn Williams, whose through ball played Hamilton in on goal. With just Lyon goalkeeper Sarah Bouhaddi to beat, Hamilton saw her low-to-the-ground shot saved by the goalkeeper.

The Courage advanced to the final with a thrilling 2-1 comeback win against Manchester City, while Lyon, generally regarded as the favorite, edged Atletico Madrid 1-0 in the other semifinal.