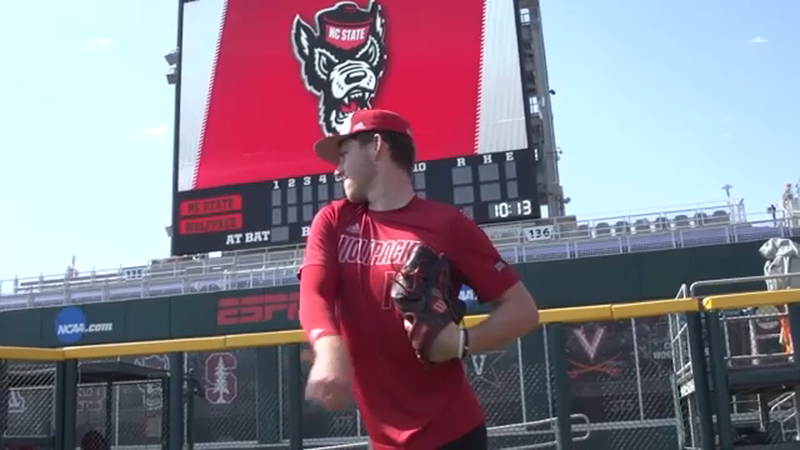 There has been a lot of confusion over the abrupt end to the Wolfpack's impressive season. Woodson and Athletics Director Boo Corrigan gave an update Monday in an attempt to clear up some of the confusion and speculation.

An @NCStateBaseball update from Director of Athletics Boo Corrigan and Chancellor Woodson: pic.twitter.com/ILD0KPgH2y

In that update, Woodson and Corrigan revealed that four unvaccinated players tested positive for COVID-19 prior to the Friday game against Vanderbilt.

The NCAA ruled that only the vaccinated players on NC State's 27-player College World Series roster would be eligible to play in the Friday game. That left NC State with just 13 players.

Those 13 played admirably, but ultimately lost 3-1. Still, NC State had one more chance to beat Vanderbilt and advance to the College World Series Final.

Because of the four active COVID-19 cases, the NCAA tested the entire team--including the vaccinated 13 who played Friday. Four of those vaccinated players tested positive Friday night.

Health experts have said fully vaccinated people can still catch COVID-19. However, they are much less likely to do so and even more less likely to suffer serious symptoms from the virus.

Still, with the team down now to just 9 eligible players, the NCAA medical group opted to declare the rubber match between NC State and Vanderbilt a no contest--giving Vanderbilt a pass into the College World Series Final.

"We all know that when we have eight test results on a team of this size, that are all traveling together, living together, eating together, we know what the results are going to be," Woodson said.