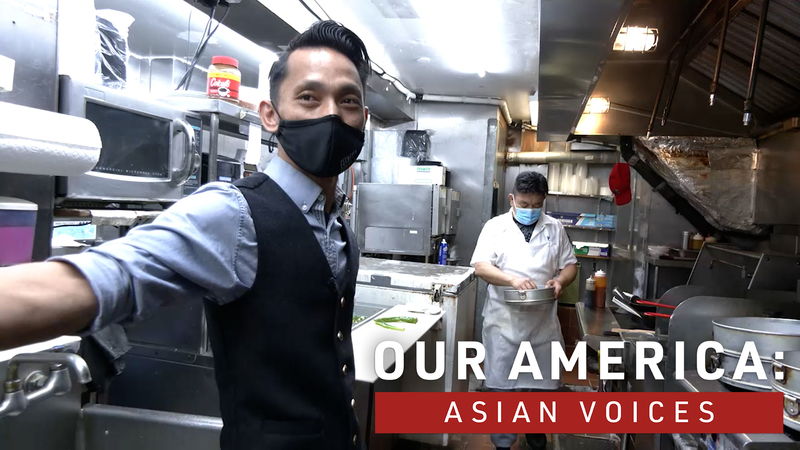 NEW YORK -- The aroma of dumplings filled the air inside the Himalayan Yak Restaurant in Jackson Heights, Queens, one of the growing Nepalese businesses in the neighborhood.

"Momos are popular and booming in this region. You'll find it on every corner," said Gyaltsen Gurung, the general manager of the restaurant. He emigrated to the United States from Nepal to further his education in 2006. Experts say education is one of the main factors driving population growth.

The number of Nepalese in New York City nearly tripled between 2010 and 2019. They represent less than one percent of the total Asian population across the NYC region. It's the second-largest Nepalese population in the country behind Dallas, Texas.

At the United Sherpa Association in Jackson Heights, part of the goal is to teach Nepalese and Sherpa traditions. Sherpas are a Tibetan ethnic group.

"We don't want to let our culture disappear," said Tshering Sherpa, the first woman to be president of the United Sherpa Association.

"Keeping our identity alive, saving our cultural values - that's the challenge here," said Urgen Sherpa, the immediate past president of the organization.

Narbada Chhetri is with Adhikkar. Meaning "rights" in Nepali, Adhikaar is a women-led organization based in nearby Woodside, Queens, that aims to promote social justice. That includes improving conditions for domestic workers. Chhetri says a large number of the Nepali-speaking community is in the industry.

"Domestic workers are working long hours. They are getting old and they are doing the eldercare. Who is going to take care of them?" said Chhetri, who also advocates for the NYC Care Campaign.

It's a fight for equity for immigrant workers who are rapidly diversifying Jackson Heights.

One thing remains unchanged - the reason people continue to move to the neighborhood, according to Dan Karatzas, with the Jackson Heights Beautification Group.

"The fact that everything got built by the 1950s, the convenience to public transportation - it's what made the difference as to why people want to come here to live and work," said Karatzas.

People like Gurung and the thousands of other Nepalese who have chosen to make Jackson Heights home.