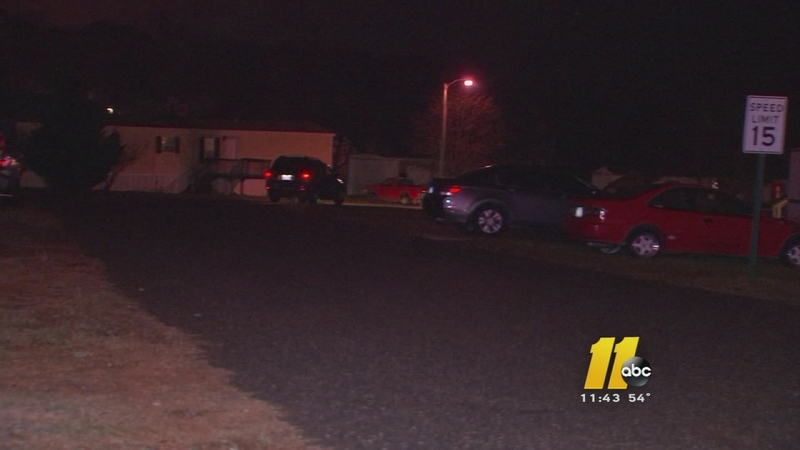 The deaths occurred within hours of each other in the Siler City and Bear Creek areas. Deputies said it appeared all of the victims were affected within one hour of taking the concoction.

The dead were identified as:

Currie died at his home. Saunders and Welch died at a residence in the 11000 block of NC 902, Bear Creek.

Deputies said a total of 11 other people were treated either on scene or at three area hospitals: Chatham Hospital in Siler City, Central Carolina Hospital in Sanford and UNC Hospital in Chapel Hill.

A chemist from the North Carolina state Bureau of Investigation identified a sample collected from one of the scenes. The powder substance was a combination of cocaine and Fentanyl.

Deputies are working with local, state, and federal agencies to determine who may be responsible. Autopsies will be performed by the N.C. Medical Examiner's Office.

"We're trying to determine how they got the cocaine - where they were at when they were using it," said Chief Deputy Michael Roberson. "Our biggest challenge is to make sure that no one else dies of using illegal drugs. So our concern is there might be more drugs out there and more deaths."

A woman who told ABC11 she hosted a gathering at her Siler City home where the 7 people were sickened wouldn't give her name or show her face. She described guests becoming completely unresponsive.

"I don't know what happened," she said. "They just started snorting it and then all of a sudden they collapsed and then didn't wanted to get up. We were trying to wake them up."

The gathering ended with ambulances being called to her house.

"We didn't know what to do. They were turning purple," she said.

She said a friend of her boyfriend brought the illegal drug.

"I did a little bit, but not as much as they did, so it didn't affect me, but it affected them," she said. "I feel really bad. I don't know what to do. I tried to call the hospital. But they said they couldn't give information about it. I'm really worried about it, and I feel like I'm responsible for it."

Investigators said drug overdoses are not uncommon, but to have so many affected at one time is rare.

"In my 24-year career, I've never experienced death by drugs like this," said Roberson. "To have a series of these is what's troubling."

Robertson said his department is focused on finding any more of the lethal cocktail that may be out on the streets.

"It is always difficult to lose a loved one, but especially hard during this season of the year. Our thoughts and prayers go out to each family," he said.