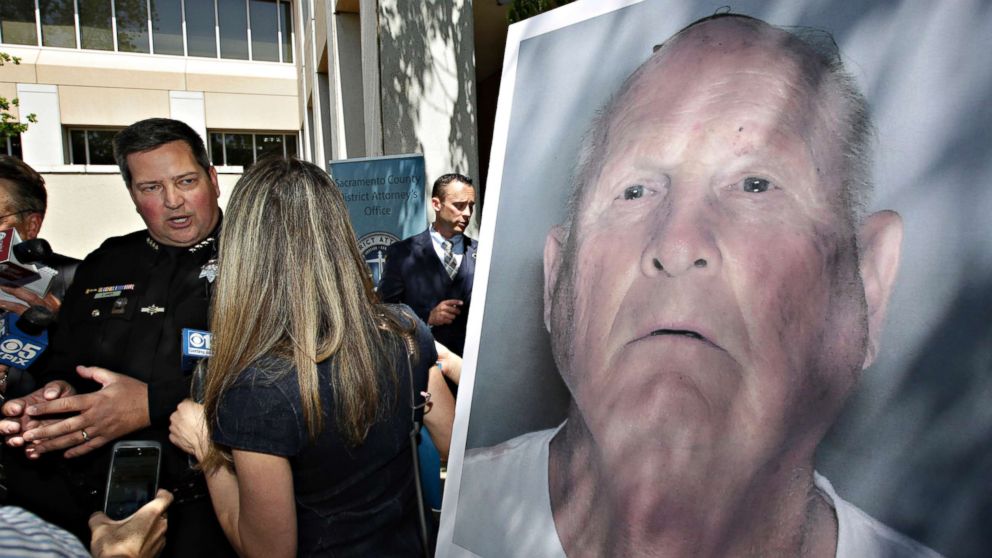 The sister of a "Golden State Killer" victim "can finally breathe again" after a suspect's arrest in the decades-old serial killing and rape case in California, she told ABC News.

"We finally got the guy who brutally raped and murdered my sister," Michelle Cruz, a sister of victim Janelle Cruz, told ABC News Wednesday of the accused man.

"I'm so thankful this journey is finally over," she said. "And I can rest and go to bed at night, and rest easier knowing that he's in jail and he'll never walk free again."

The "Golden State Killer" is believed to have killed at least 12 people, raped at least 50 people and committed multiple home burglaries in the 1970s and 1980s in crime sprees throughout California.

His name had never come up in the investigation before last week, Sacramento District Attorney Anne Marie Schubert said.

It was discarded DNA that confirmed, "We had our man," Jones said at a news conference Wednesday.

Her sister's murder "completely changed my world, my life, my identity," she said.

"I kind of lived in sort of a bubble" for the first 20 years, Michelle Cruz said Wednesday. "I never really talked about the case."

But she started talking about her sister's death more about eight years ago, Cruz said, "hoping to spread awareness and solve the case."

She was always worried about her own safety, never staying home alone and barricading her windows and doors.