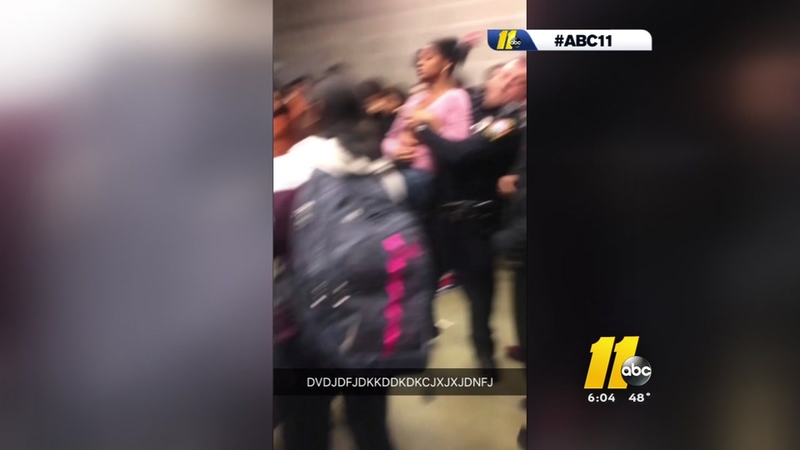 ROLESVILLE, North Carolina (WTVD) -- The Rolesville High School resource officer who was seen slamming a student to the ground in a January video has resigned.

Video sent by an ABC11 Eyewitness shows a student being picked up and thrown to the ground by school resource officer Ruben De Los Santos.

In the original 8-second video, a group of students congregated in an area and then the officer slams the girl on the floor. Police said a fight at the school led to the Jan. 3 incident.

"Sometimes that split second decision doesn't define the long standing character of the officer. The Town of Rolesville would like to thank Officer De Los Santos for his service to the community," Rolesville Police Chief Bobby Langston said.