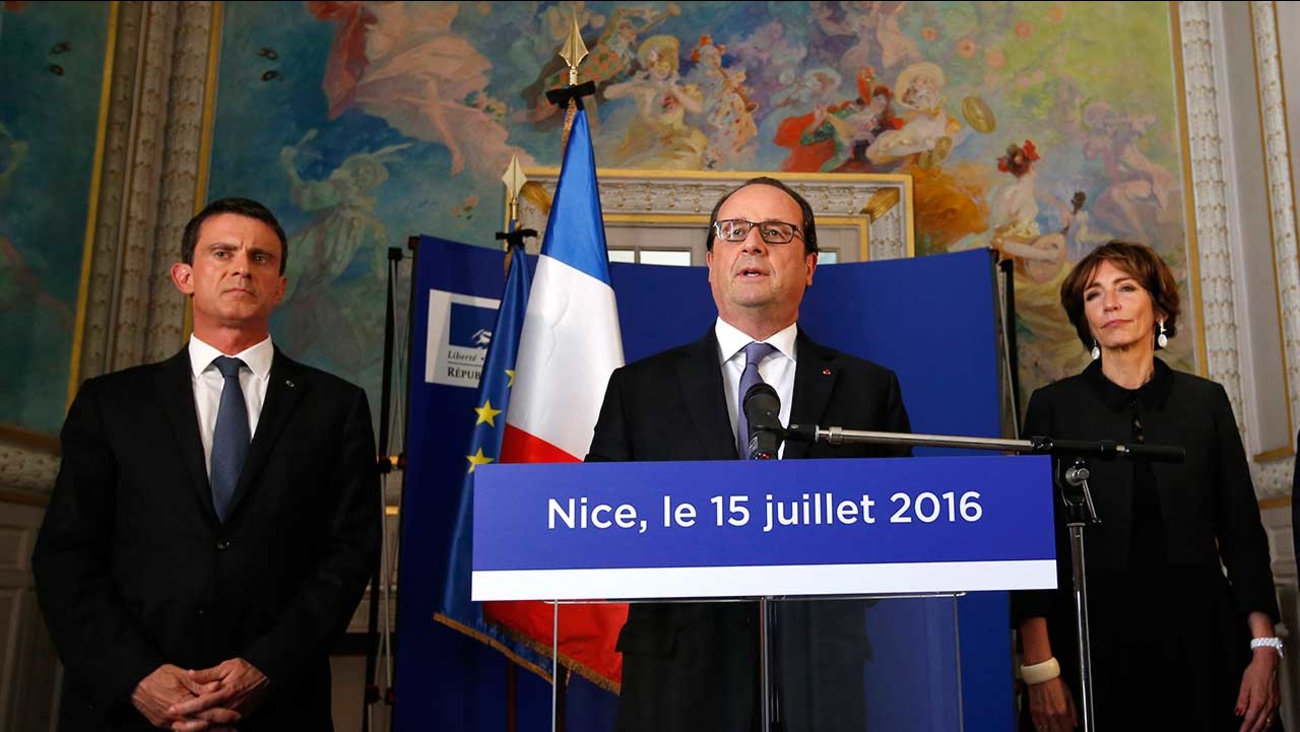 At least 84 people are dead in Nice, France after a truck drove through a crowd of people who had been watching Bastille Day fireworks on Thursday night. No one has yet claimed responsibility for the attack, which is being investigated by the Paris anti-terrorism prosecutor's office.

"It is France as a whole which is threatened by Islamist terrorism. In such circumstances, we must show our absolute vigilance and determination," he said. "France is strong. France will always be stronger than the fanatics who want to strike France today."

As news of the tragedy spread, celebrities, politicians and notable figures around the world expressed their condolences and reflected on the attack.

.@POTUS on the attack in Nice, France: pic.twitter.com/CrbChxZs04

"Every American stands in strong solidarity with the people of France" —Hillary on the attack in Nice pic.twitter.com/BBGgHucSE0

My prayers and condolences to the victims and families of the terrible tragedy in Nice, France. We are with you in every way!

I pray for the victims of the attack in Nice and their families. I ask God to convert the hearts of the violent blinded by hate.

I am shocked and saddened by the horrifying attack in Nice last night. Our hearts go out to the French people: https://t.co/xd0arcO72R

I am appalled and saddened by the cowardly terrorist attack in Nice. NATO stands in strong solidarity with the people of France.

Canadians are shocked by tonight's attack in Nice. Our sympathy is with the victims, and our solidarity with the French people.

At a Star Wars event in London, host Gwendoline Christie took a moment of silence.

"It's impossible for us to sit here at celebration...without thinking of the terrible events that happened not far from here," the Game of Thrones and The Force Awakens star said. "Our hearts go out to the people in Nice, France."

Rihanna posted on Instagram, "Due to the tragic events in #Nice, my concert scheduled for tomorrow July 15 at Allianz Stadium will not be going ahead as planned. Our thoughts are with the victims and their families."

Our hearts are with you #Nice. #prayfornice 🇫🇷

To our brothers and sisters in Nice, we stand with you, we pray for you, we mourn for you. #PrayForNice

Devastating news from France... Pain, suffering, fear, loss... All my love to my friends in France. Stay strong 💔❤️ #Nice