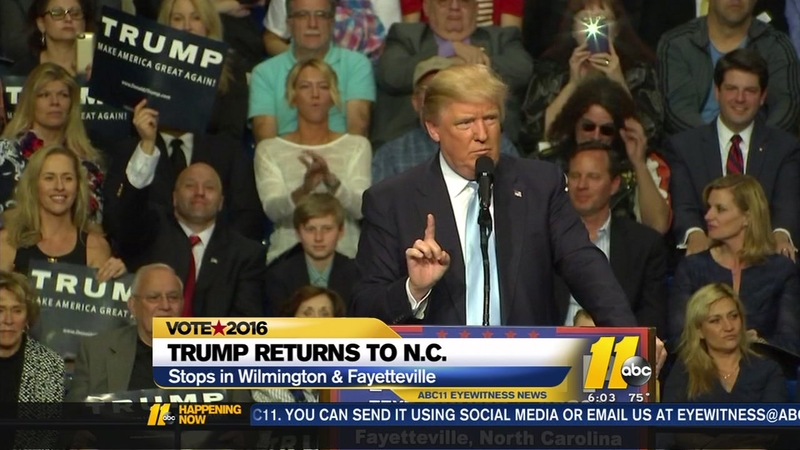 He will first make a campaign stop in Wilmington Tuesday afternoon, then head to the Crown Complex in Fayetteville for an evening event.

Ahead of his visit, the Cumberland County Sheriff's Office announced it has changed its procedures for an upcoming rally after an altercation at a previous one.

During Trump's March appearance, a man in the audience hit a protester as he was being led out. That man faces assault and other charges.

"What we're going to do this time - not only expediting people out of the building if we have protestors or if people get out of control - they're getting charged," Cumberland County Sheriff's Department Sgt. Sean Swain said. "We're going to have zero tolerance. If they give us a problem they're going to the jail."

The sheriff's office has fewer deputies assigned to this rally than before because the Crown Arena is much smaller than the Crown Coliseum.

Trump's visit comes as he reveals his economic plan.